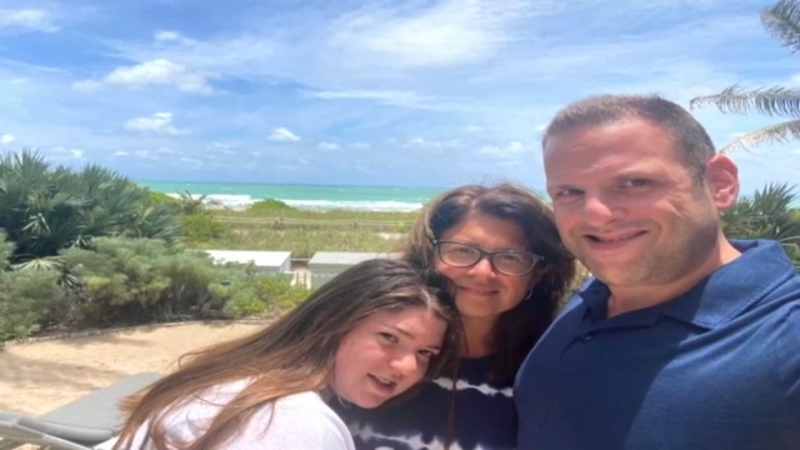 NJ family target of anti-Semitic attack while vacationing in Florida

NEW JERSEY (WABC) -- The conflict in the Middle East may have inspired a hate crime against a Jewish family from New Jersey.

Eric Organ and his family say they were the targets of an ugly anti-Semitic attack while vacationing in Florida.

It happened Tuesday as the family was walking in Bal Harbour.

CeFaan Kim reports on the calls for revisiting New York state's bail reform laws after anti-Semitic attacks on four synagogues in the Bronx.

Four people in an SUV rolled down their windows and began shouting anti-Semitic remarks and then threw garbage at the family.

"Four males, probably in their early 20s starting to scream at us through the window -- you know 'free Palestine, f*** the Jews -- die Jew'," Organ said.

A driver who witnessed the attack pulled out a gun and chased the SUV as it sped off.

The family filed a police report.

Authorities are still trying to identify the suspects.