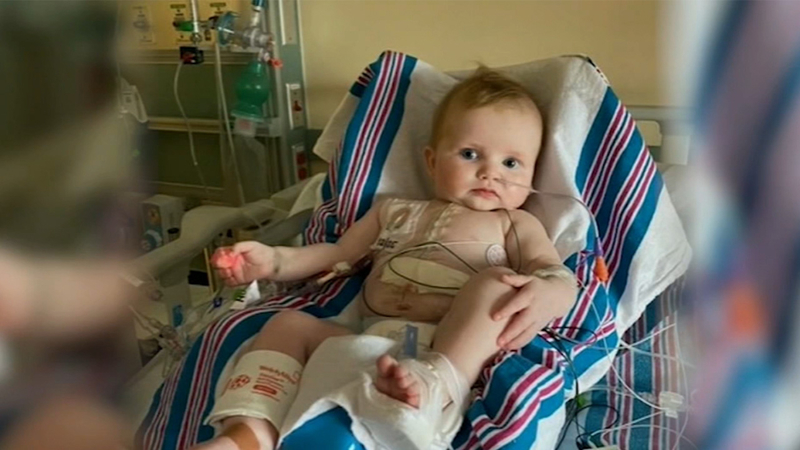 Eyewitness News first reported on Everett Cotter from Shoreham in December 2021. He needed the transplant only two years after his sister's heart transplant.

Like his sister, Everett was born with dilated cardiomyopathy, a condition in which the heart cannot pump blood effectively because it's enlarged.

Everett was just a year old last December when he underwent surgery to keep him alive while waiting for a new heart. He had to remain in the hospital until a new heart could be found.

That happened on Friday, and doctors at the New York-Presbyterian Hospital performed the transplant that night.

Everett's father, Brian Cotter, wrote in a Facebook post, "His new heart is functioning well, he's off bypass with no bleeding and they were able to close his chest. The surgeon and doctor said it was the best possible result we could've hoped for."

Cotter added that his son looks great but doctors were adjusting his medications as he's moving a lot and visibly uncomfortable.

"The next few days will be a lot of monitoring and healing but we are optimistic. We are so grateful for our donor family for thinking of someone else during their worst time imaginable. We love you from the bottom of our hearts that our boy gets to see another day," he wrote.

Click here to become an organ donor in New York.