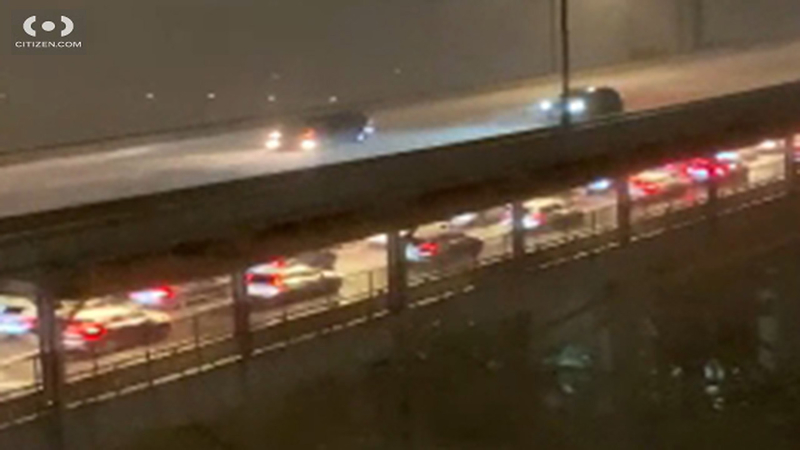 UPPER MANHATTAN, New York City (WABC) -- At least six people were injured in a multi-vehicle crash that shut down part of the Henry Hudson Parkway during heavy snowfall Wednesday evening.

The first 911 call was reported at 6:10 p.m., with the chain-reaction pileup happening near the West 181st Street.

The number of vehicles involved is unclear, but police say it was approximately 19. Sources say that 9 of the 19 vehicles had to be towed off the bridge.

ALSO READ | Winter Storm Warning: Here's how much to expect

Still, all six victims were transported to area hospitals.

All southbound lanes were shut down in the area as a result of the crash, and traffic on the Henry Hudson Bridge was backed up for miles. The lanes reopened shortly after 9:30 p.m.

ADVISORY: Due to a multi-car collision on the Henry Hudson Bridge, southbound lanes have been closed. Please avoid the area.⁰
Again, avoid any unnecessary travel during this storm. pic.twitter.com/sYSIn7mh48