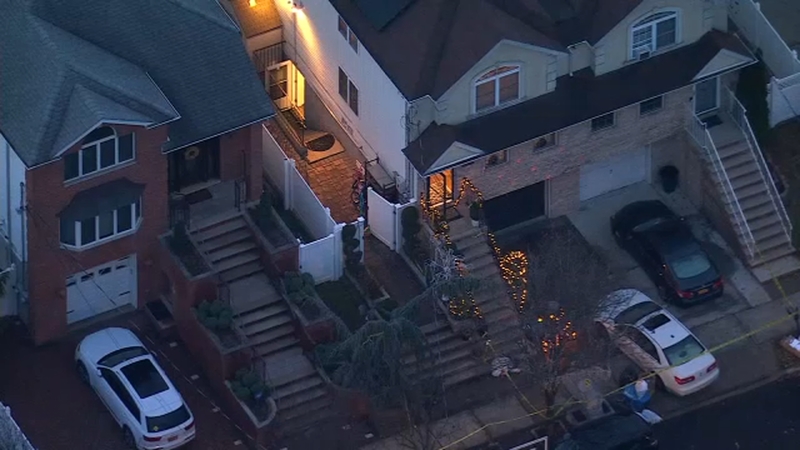 It happened around 1:30 a.m. on Hinton Street, just off of Woodrow Road, in Arden Heights.

Authorities say the victim was sitting in the house with his girlfriend when two men entered the home, possibly through an unlocked front door.

The assailants were wearing masks and dark clothing, police said, and there is no indication the victim knew them.

The gunmen were apparently trying to snatch a chain from the man's neck when one of them fired a round, striking him in the left shoulder.

The victim was taken to Staten Island Hospital and pronounced dead from his injuries.

Lauren Glassberg says police are searching for the man who slapped a woman on a Brooklyn subway.

This is the first homicide of the year in the 123rd Precinct, where serious crime is rare. What's most concerning to fellow residents is police say the incident was random.