Ida storm damage: What does your homeowners insurance cover? 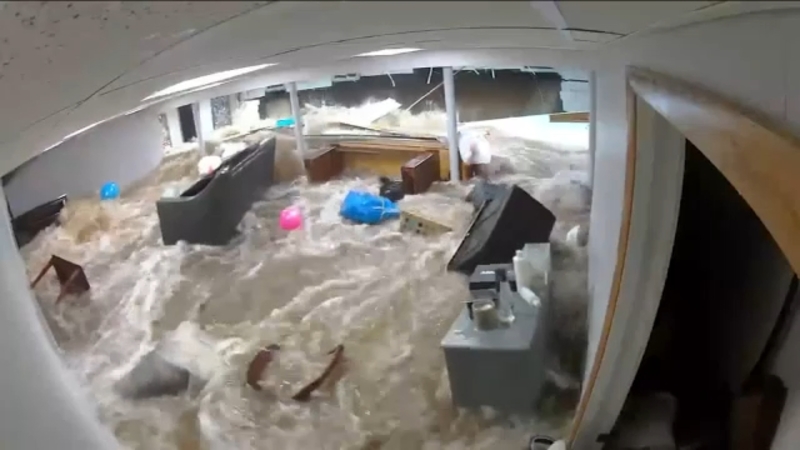 Ida storm damage: What does your homeowners insurance cover?

PATERSON, New Jersey (WABC) -- Homeowners are dealing with major damage from Ida's remnants, and many of them are unsure of what their homeowners insurance covers.

When the walls collapse and the entire contents of your basement are ruined, if you only carry standard homeowners insurance, you may be in for a rude awakening.

"Any flooding coming from the walls or flooring is excluded, homeowner's policies do not cover any flooding," Mike Scalera said.

Scalera is a State Farm agent in the hard-hit towns of Springfield and Millburn. He has taken more than 100 claims from Ida so far.

"With all the rain that's come in, it's really taken it to another level," Scalera said.

Some residents like Mike Grazul were devastated by flooding, but didn't have insurance.

"This is all sewage water -- I had everything in tubs, it fell over, blew apart," Grazul said.

He had flood insurance during Irene but didn't opt for coverage after he paid off his home.

"We're not in the flood zone supposedly anymore," Grazul said.

He says he didn't get coverage last time when he had flood insurance.

You're required to have flood insurance if you live in a flood zone or have a mortgage.

RELATED | Banquet hall explodes in NJ, one of many fires unreachable due to flooding
EMBED More News Videos

Fires broke out in swamped homes and businesses in New Jersey Friday, many of them inaccessible to firefighters because of Ida's floodwaters.

"They wanted me to pay $100 when I moved here for flood insurance, but I never knew it was gonna flood like this," one Paterson resident said.

Her basement and first floor were flooded by the swollen Passaic River and was not paying for flood insurance. She's now pumping out and worried.

"My concern is that I'm not gonna be reimbursed for nothing that was flooded in my house," she said.