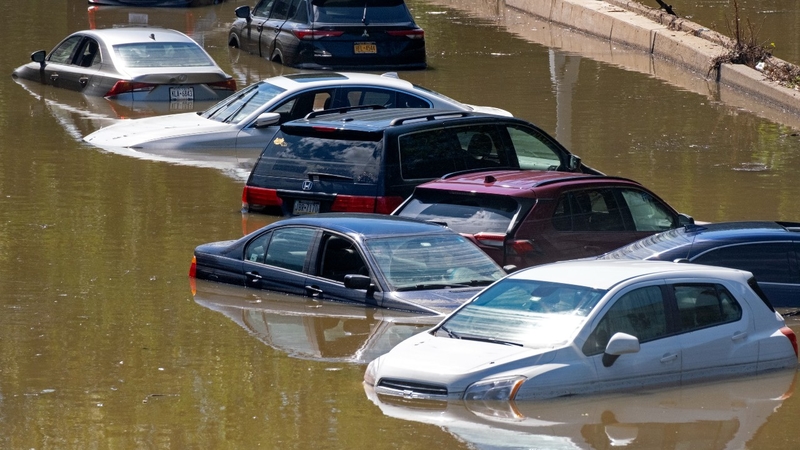 NEW YORK (WABC) -- In response to historic flooding from Ida that killed more than a dozen people in New York City and ground mass transit to a halt, Mayor Bill de Blasio on Friday detailed new initiatives he hopes will help avoid similar catastrophes in the future.

De Blasio announced the Climate Driven Rain Response plan, which will focus on a different and more severe kind of warning system.

It will also come with more drastic action, particularly regarding those New Yorkers living in basement apartments.

Derick Waller reports on the flooding deaths from Flushing.

The remnants of Ida prompted the first ever Flash Flood Emergency for New York City, which de Blasio says is proof that this type of severe weather is now the norm.

De Blasio said he is also forming the 30-day Extreme Weather Response Task Force to examine how the city can better prepare and respond to such weather.
EMBED More News Videos

De Blasio also said the use of travel bans may be employed more frequently in the future, and that specific cell phone alerts will detail dangers facing basement apartment residents during severe weather.


Additionally, he discussed door-to-door warnings and faster preparations for evacuations, including the potential for a database of basement apartments.

The Pillot's say their apartment did not flood in the heavy rain from Henri a couple of weeks ago, so they didn't think they needed to get out before the remnants of Ida.

The city has also developed a list of resources for those who were affected by the storm, including Virtual Disaster Assistance Centers and physical locations that will be set up in each borough.

New Yorkers are encouraged to report damage to their property by calling 311 or by accessing the Damage Assessment Tool online at NYC.gov/Ida.

The Damage Assessment Tool allows the city to immediately collect damage information from New Yorkers to assess the impact upon affected areas.