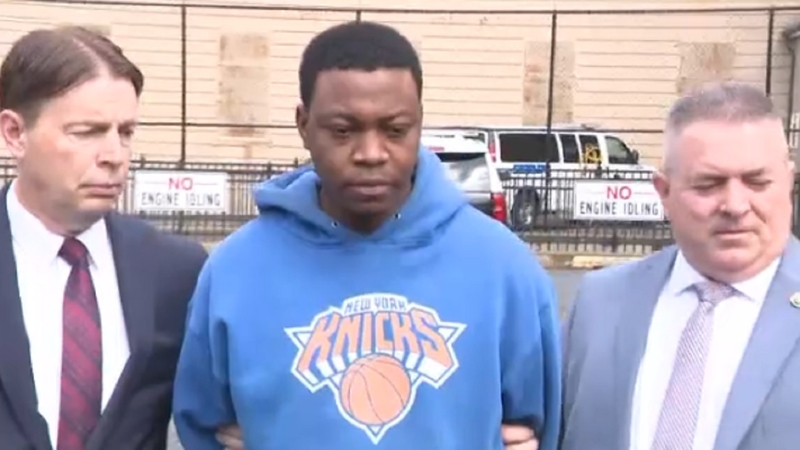 NEW HYDE PARK, Long Island (WABC) -- A man was arraigned Saturday on murder charges in the deadly shooting of a Northwell Health worker on Long Island.

Police say in one instance, Hines had essentially stalked Laguerre.

"He immediately came up behind her, shot at her ten times, strangled her nine times," said Nassau County Police Captain Stephen Fitzpatrick.

They say he allegedly had broken into her apartment, and in one instance burned her clothing.
ALSO READ | 60-year-old owner shot in head inside Queens pawn shop