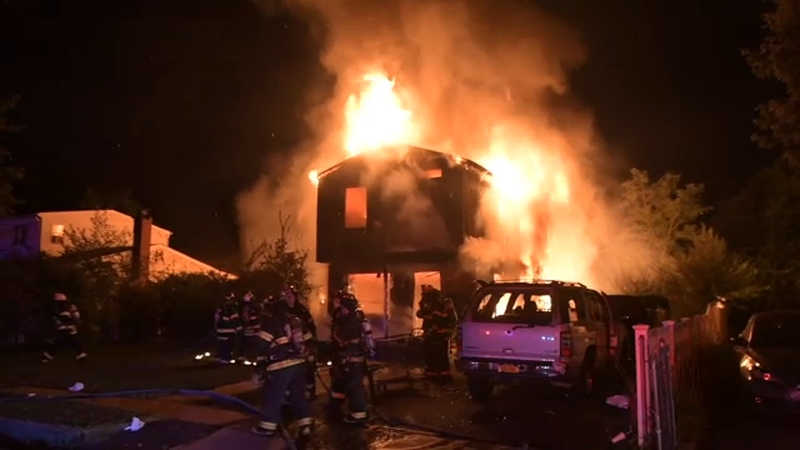 NORTH AMITYVILLE, Long Island (WABC) -- Authorities are investigating a house fire that was the scene of a murder the day before on Long Island.

Investigators say they can't make a connection between the murder and fire.

On Friday, a shooting left a man dead at the same home.

Officers responded to the scene after a 911 caller reported a man had been shot, which occurred after an altercation. The shooter then fled the scene.

When officers arrived, they found Elbert Wright, 28, of Massapequa, dead from a gunshot wound.

The investigation for both incidents are continuing.

Detectives are asking anyone with information on this incident to call the Homicide Squad at 631-852-6392 or anonymously to Crime Stoppers at 1-800-220-TIPS.