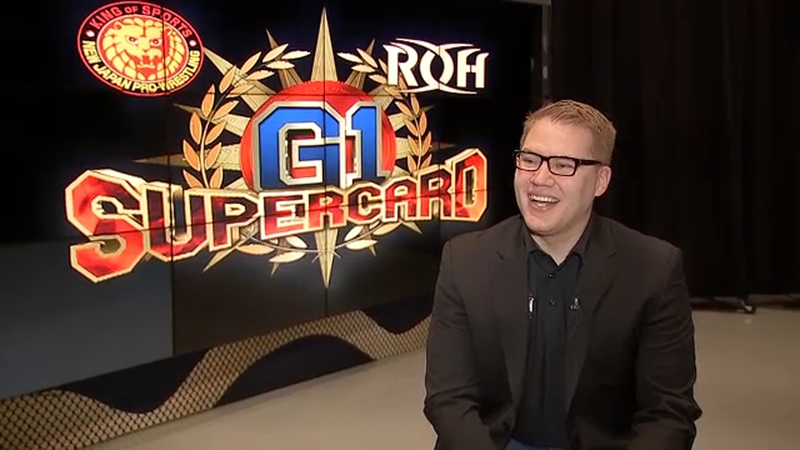 This weekend, thousands upon thousands of pro wrestling fans will descend upon the New Jersey-New York City area for WWE WrestleMania 35.

But Vince McMahon's annual Super Bowl of wrestling is not the only reason sports entertainment enthusiasts are flocking to the Big Apple.

There is a plethora of wrestling matches, conventions, and live shows presented by various promotions - not just WWE - to capitalize on the yearly sea of fans that take over a city for a celebration of all things squared circle.

Riccaboni, who grew up in Allentown, Pa., will be taking part in one of the most anticipated events. He is the lead commentator for Ring of Honor and New Japan Pro Wrestling's G1 Supercard at Madison Square Garden. 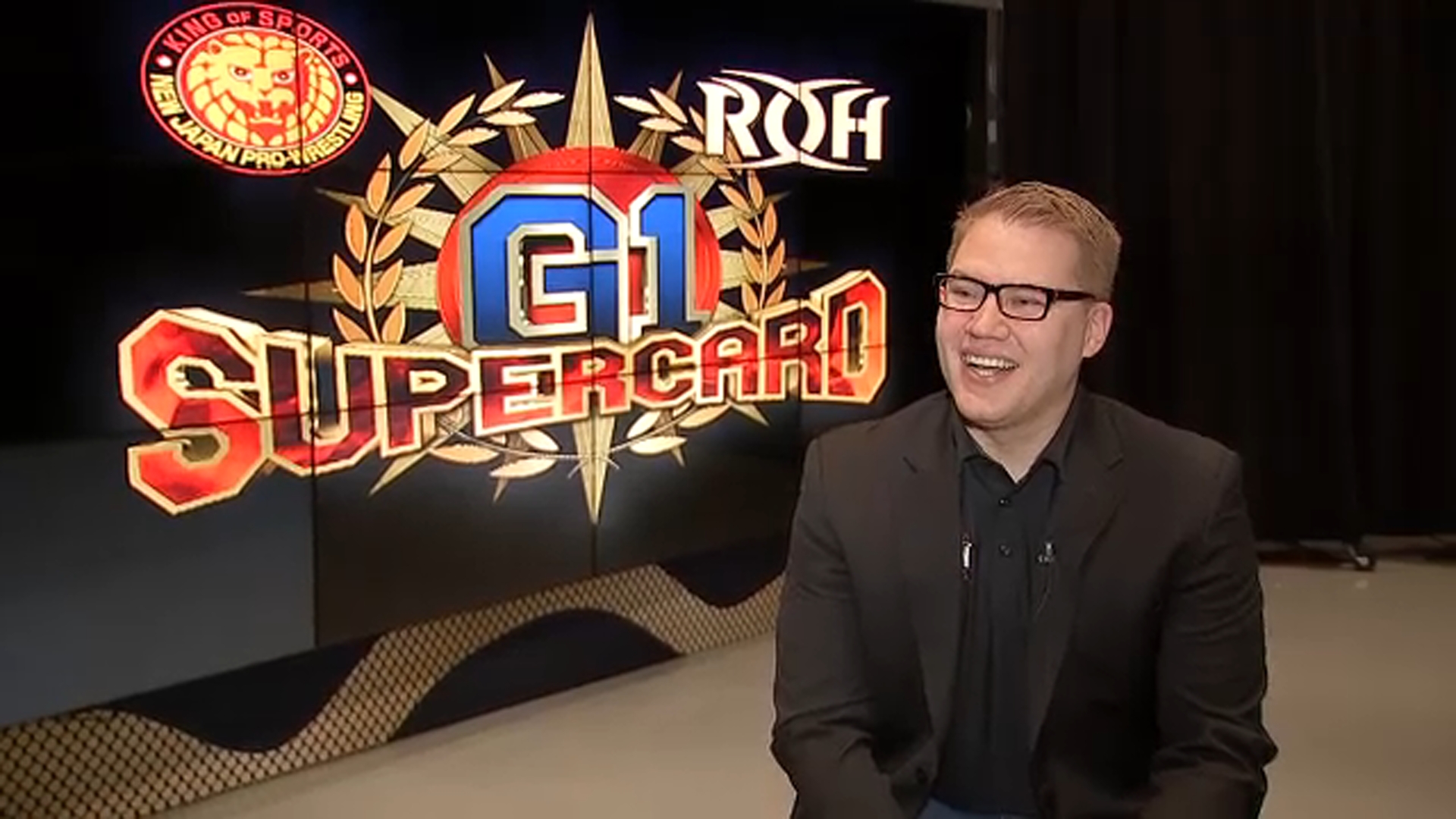 Ian Riccaboni tells 6abc in Philadelphia that Ring of Honor is making history by holding a show at Madison Square Garden.

Even before the doors open to MSG on Saturday night, the Supercard has already made history by just being at the Garden.

The event will mark the first time since 1960 that a wrestling event not run by the WWE will be taking place inside the venue.

On top of that, the G1 Supercard sold out within minutes.

"In the last 60 years, there's been no other organization other than WWE to run Madison Square Garden," he said. "That's an incredibly long time. There's been other organizations in the past that have been big enough to do it, but just haven't tried and haven't had the courage to book the venue and try to break the stronghold."

WWE is holding its WrestleMania extravaganza with Ronda Rousey, Brock Lesnar, Kofi Kingston, and Becky Lynch at MetLife Stadium, where it's expecting more 80,000 fans, as they did in 2013.

ROH and New Japan are two promotions that are considered independent - outside the corporate umbrella of WWE.

Riccaboni says the G1 Supercard will be the "biggest independent wrestling event of all time," with over 20,000 fans in attendance.

The man who has called matches in front of 1,100 people in the former ECW Arena in South Philadelphia says he will make sure to "take a breath" and take in his surroundings inside what is considered in wrestling lore to be Holy Ground.

It has truly come full circle for Riccaboni, who grew up watching wrestling in the Lehigh Valley town where the Wild Samoans once held their popular training school.

Riccaboni began his broadcasting career with a bachelor's degree from New York University and a master's degree from the University of Pennsylvania. From there, he went to the Monster Factory in Paulsboro, New Jersey for his first gigs. That's when, at age 27, he met former WWE announcer Kevin Kelly, who at the time was the lead commentator for ROH.

"He helped me break into Ring of Honor," Riccaboni said.

Then Kelly left Ring of Honor to go to New Japan. At age 30, Riccaboni took over as the voice of ROH. 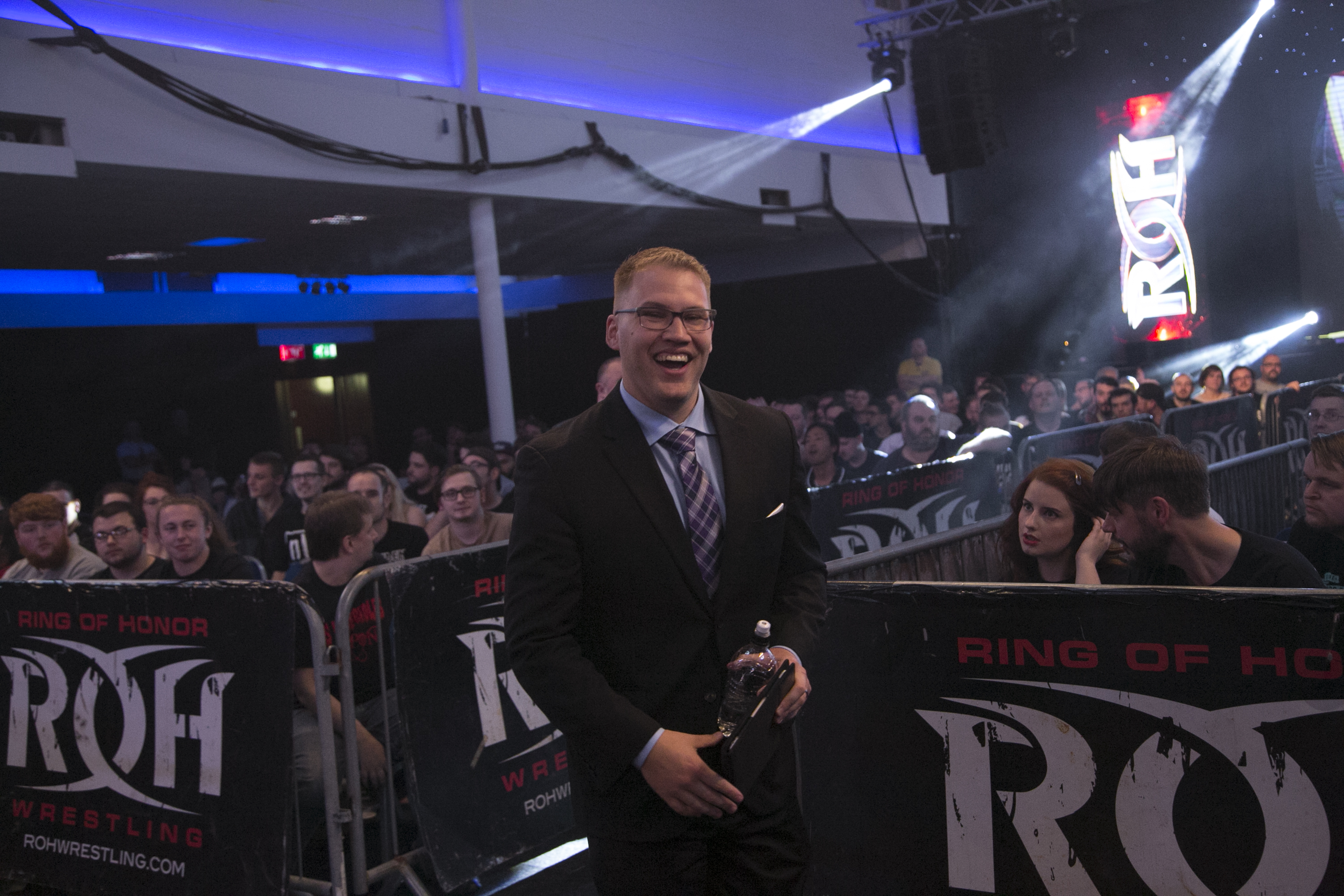 Now, Riccaboni will be reunited with his mentor once again, this time during the biggest show of his career.

"What's interesting about the (commentating) team is that it's myself, Colt Cabana, who is my longtime partner, and Kevin Kelly," Riccaboni said. "He and Kevin have been in Madison Square Garden before. I'm going to try and lean on them to calm my nerves."

Riccaboni touts ROH's record of sending some of their biggest names to WWE. Some of those talents - Seth Rollins, Samoa Joe, A.J. Styles, Kevin Owens, and Daniel Bryan - will be competing at Sunday at WrestleMania.

But Riccaoboni points out that ROH is no longer just seen as that pivotal step to get to WWE; it's now viewed as a place wrestlers want to seek out for to showcase their skills.

It's a different setting than WWE.

"I think now Ring of Honor has evolved," Riccaboni said. "We've become a destination. That's why we have guys like Jay Lethal, Marty Scurll, and The Briscoes. And with New Japan, that makes our standing even stronger because we have Kazuchika Okada, who is this amazing athlete that transcends language barriers, transcends anything, and Hiroshi Tanahashi who is comparable to the John Cena of Japan. It's really incredible the partnership, it's fast-paced, it's technical wrestling, wins and losses matter for us."

Days before WrestleMania weekend and the G1 Supercard, the wrestling industry, specifically WWE, was surprisingly thrust into the spotlight.

In a segment on HBO's "Last Week Tonight," host John Oliver criticized WWE's treatment of its wrestlers for signing them as independent contractors and their nonstop schedules.

During his interview, Riccaboni touched upon Oliver's report and where he thinks the conversation could lead.

"I'm for whatever benefits the wrestlers," he said. "I can't imagine having the physical pain that they have. I can't imagine the sacrifices they make with their bodies. I'm perhaps not educated enough to make a fully formed opinion, but I would love for them to have as many perks as they can because they are the ones that are beating each other up night after night, they are the ones that have to endure the travel schedules, they are the ones that have to hit the road and leave their families behind for days and sometimes weeks at a time. Anything that benefits them, I'm for. I hope this starts a conversation throughout the entire wrestling industry."

Riccaboni says while the system may not be perfect, ROH offers a schedule that is beneficial those who enter the ring and those in the spectator stands.

He says ROH does make sure their wrestlers - and commentators - are taken care of during big life events.

"Ring of Honor is great because I recently had a daughter" he said. "When my daughter was born, they didn't think twice about giving me time off. I think back when our previous world champion had a wedding, 'No problem, we'll put you in the next event.' It's things like that make Ring of Honor special. It's a real family atmosphere. And that's the one x-factor that Ring of Honor can provide at this stage that maybe WWE can't, and maybe AEW still has to figure out as they develop and launch."

As Riccaboni prepares to be talk for hours in front of those 20,000 passionate wrestling fans, and more watching at home on ROH's streaming service Honor Club, he reflects on the industry's future; he sees ROH moving in the right direction, but knows there is more talking to be done.

"I think Ring of Honor takes top care of their wrestlers. Anytime there's been an injury, anytime there's been anything, I know Ring of Honor has been there. From personal experience, I can say it's a company that cares about our wrestlers and thinks about them holistically as people which I'm really proud of. I hope that moving forward, what the wrestlers desire they are able to attain," Riccaboni said.