'In the Balance': The battle over Roe v. Wade 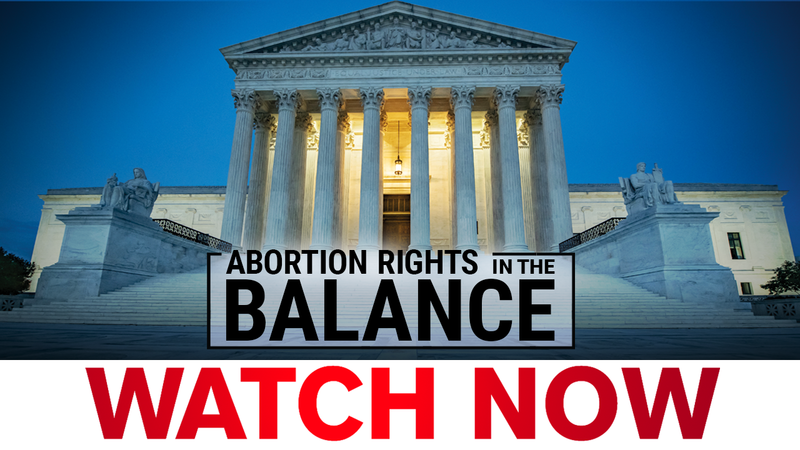 'In the Balance': The battle over Roe v. Wade

NEW YORK (WABC) -- In a special presentation called "In the Balance," Eyewitness News dives deeper into the apparent draft Supreme Court opinion obtained by Politico that shows the court is poised to overturn Roe v. Wade.

The landmark decision from the 1973 case, legalized abortion in the United States, but it now hangs in the balance according to the leaked draft opinion.

Chief Justice John Roberts confirmed that the leaked draft is authentic, but stressed that it is not a final decision.
EMBED More News Videos

A leaked draft opinion suggests that the Supreme Court is poised to overturn the landmark 1973 Roe v. Wade case. Sandra Bookman has the latest.

In the document, Justice Samuel Alito wrote, "We hold that Roe and Casey must be overruled. It is time to heed the Constitution and return the issue of abortion to the people's elected representatives."

Basically, meaning it will be up to individual states to determine whether abortion will be legal. Many states, to the surprise of many Americans, have already declared abortion illegal.

In this special, we aim to answer your questions about the draft opinion and what it could potentially mean for abortion rights in the U.S.

We will also have the swift reaction that has poured in from across the Tri-State, and what local elected leaders plan to do to protect abortion rights.
EMBED More News Videos

N.J Burkett covers a rally in Foley Square against the leaked SCOTUS opinion that would reverse Roe v Wade and Stacey Sager reports on Tri-State and federal politician reactions.

In addition, our coverage will focus on who may have leaked the opinion.

Chief Justice John Roberts called the leak a "betrayal of the confidences of the Court."

"This was a singular and egregious breach of that trust that is an affront to the Court and the community of public servants who work here," Roberts said.


Watch the half-hour special: "In the Balance" right here and on all our digital platforms.