CLAREMONT, Bronx (WABC) -- The deaths of two newborns discovered outside a Bronx apartment building last year has been ruled a homicide, but what led up to their tragic deaths remains a mystery.

Now, the NYPD is plastering the neighborhood with posters, asking for the public's help in the investigation.

The boys were discovered wrapped in brown paper outside the College Avenue building in the Claremont section by the superintendent on November 9.

On Wednesday, the Medical Examiner determined their cause of death to be blunt force trauma to the skull.

Two women were found dead at K & K Jamaican Restaurant and police want to determine if their deaths are connected to a man found dead at a car rental office in Union.

Officials say the newborn boys were found on a back patio and that evidence suggested they had just been born.

Police announced Thursday that the victims appear to be full-term twins, weighing 5 and 6 pounds. 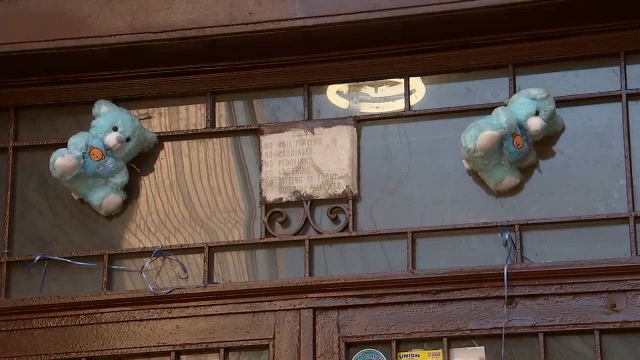 A canvas of the apartment building and neighboring buildings turned up no witnesses, and no one remembers a pregnant woman living in or visiting the building.

Surveillance video revealed no suspicious activity, and a search of the garbage turned up nothing.

Detectives say they have made some progress, they are using DNA from the boys to try and find relatives, but they still need more clues and tips to figure out who killed the infants.

"He was a young kid, a hardworking guy." A Georgia man received quite the surprise while he was at a local jeweler working out a possible payment plan for an engagement ring, as none other than Shaq overheard the conversation.