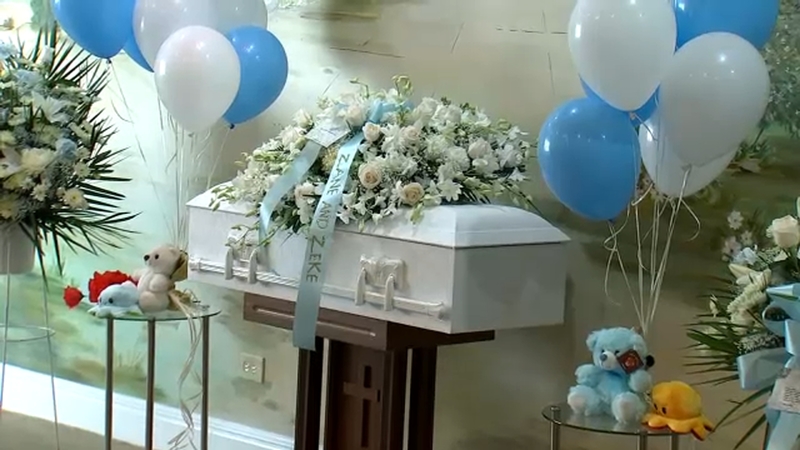 CLAREMONT, Bronx (WABC) -- A funeral was held Saturday for two infants who were found dead outside a Bronx apartment building last year.

The Bronx Homicide Squad held the funeral for the newborns at the East End Funeral Home on Gunhill Road Saturday morning.

The infants' death was ruled a homicide in April, but what led up to their tragic deaths remains a mystery.
EMBED More News Videos

The deaths of two newborns discovered outside a Bronx apartment building last year has been ruled a homicide, but what led up to their tragic deaths remains a mystery.

The boys were discovered wrapped in brown paper outside the College Avenue building in the Claremont section by the superintendent on November 9.
EMBED More News Videos

An investigation is underway in the Bronx after two infants were found dead behind an apartment building and wrapped in brown paper.

The Medical Examiner determined their cause of death to be blunt force trauma to the skull.

Officials say the newborn boys were found on a back patio and that evidence suggested they had just been born.