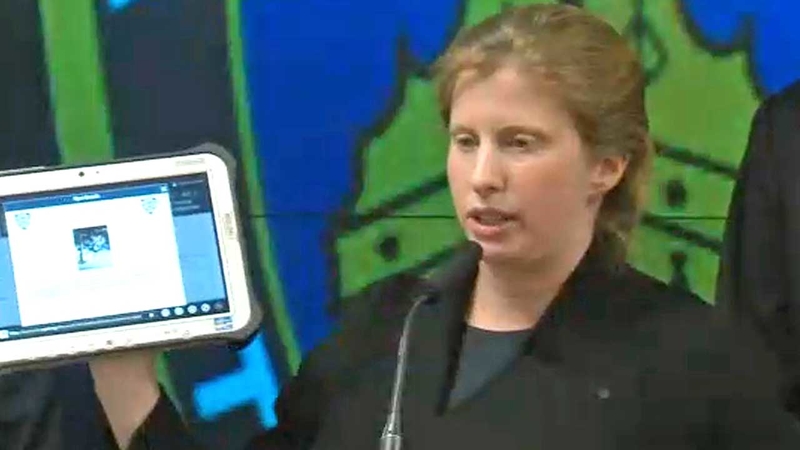 She replaces Edward Grayson, who retired from the Department of Sanitation after 23 years.

"Jessica's knowledge, experience, and unwavering commitment to New York City cannot be overstated," Mayor Eric Adams said in a statement. "Put plainly, Jessica is a 'Get Stuff Done' leader, who has delivered continuous results on behalf of all New Yorkers throughout her career."

As deputy commissioner of Information Technology at the New York City Police Department, Tisch led the department into the 21st century by modernizing systems to strengthen public safety and improve communications, the city said.

Most recently, Tisch served as commissioner for the Department of Information Technology and Telecommunications (DoITT), where she launched the modernization of the city's information technology infrastructure and managed critical COVID-19 response and recovery efforts.

As DSNY commissioner, Tisch will manage the city's waste collection, recycling, and disposal, as well as cleaning and snow removal for approximately 6,500 miles of city streets.

Adams and Tisch immediately announced an $11 million investment in cleaner streets and improved mobility for DSNY.

"Environmental justice begins at the street level, and clean streets are vital to vibrant neighborhoods and our city's economic recovery," Tisch said. "The nearly 10,000 DSNY employees - and I'm proud to count myself as one of them - are excited to be getting more of the tools we need to do our job of keeping the city healthy, safe, and clean."

As part of an effort to make New York City streets cleaner, alternate side parking will be fully restored beginning July 5, 2022, and in an effort to reduce New York City's carbon footprint, funding for year-round protected bike lane cleaning will make biking an even more reliable mode of transportation for New Yorkers.

"We're no longer just going to talk about cleaning up our streets or taking steps to fight climate change, but we're going to actually put really money behind these initiatives and lead by example here in New York City," Adams said. "To begin Earth Week, we're committing $11 million to cleanliness and expanded mobility so that our city can come back stronger than ever. This announcement includes items that have been talked about for years, but we're finally 'Getting Stuff Done' for our neighborhoods."

The $11 million investment includes:
--A full restoration of alternate side parking to allow DSNY's mechanical brooms to do their jobs. Mechanical brooms are the city's most effective tools for street cleaning - sweeping litter from along the curb on thousands of miles of New York City streets. ASP had been partially suspended as a COVID-19 pandemic measure, and this restoration is not only part of a return to normal, but to the high level of street cleanliness New Yorkers expect and deserve.
--Funding for both equipment and personnel to perform year-round street cleaning on protected bike lanes and other narrow infrastructure. DSNY will begin piloting sweeping operations this summer using a fleet of 10 Micromobility Operations Machines (MOMs), similar to the ones used to plow bike lanes effectively during winter 2021-2022. DSNY will have several dozen of these units in two different sizes by the end of next year.

During the partial alternate side parking suspension, DSNY and the City Cleanup Corps continued to sweep the streets as effectively and as fully as possible.

Naveen Dhaliwal has the latest developments from Forest Hills.