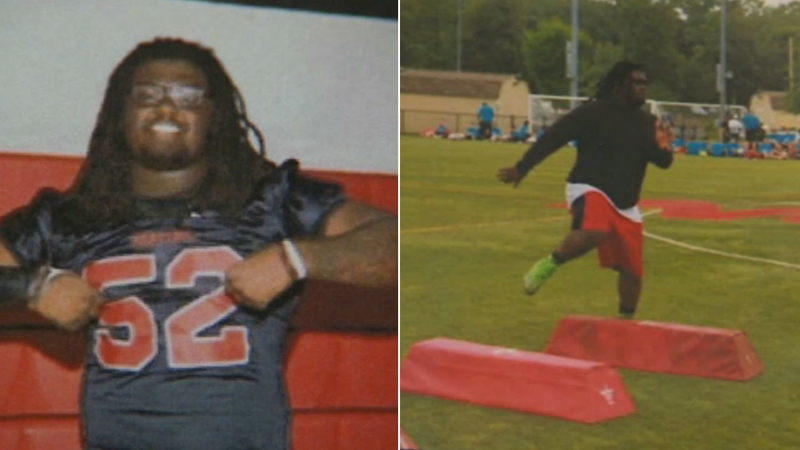 NEPTUNE, New Jersey (WABC) -- A mother from New Jersey is still heartbroken and angry months after her son's sudden death on the football field.

Braeden Bradforth, 19, collapsed after practice at Garden City Community College in Kansas on Aug. 1, 2018, and died a few hours later -- apparently due to heat stroke.

The sudden tragedy has raised a lot of questions that have been ignored, according to Bradforth's family and supporters.

His mother broke her silence on Friday and is now demanding answers.

"It may not be important to anyone else, but it's important to me to know what happened to him," mother Joanne Atkins-Ingram said.

Congressman Chris Smith, R-New Jersey, says the response from the school has been frustrating.

"There should have been a comprehensive independent investigation immediately asking what happened," Smith said. "There's all kinds of questions swirling around and no answers."

Smith has reached out to the school's president and feels the reply has been unsatisfactory.

Bradforth was a 6 foot 4, 205-pound lineman who played both offense and defense. His teammates told investigators he was struggling during a timed wind sprint practice while being pushed to the limit and not properly hydrated.

"The whole, you know, 'I'm gonna beat you down because that's gonna make you stronger,' that has to stop," Atkins-Ingram said.

At first it was believed Bradforth died from a blood clot, but the family lawyer says the medical examiner ruled his death was caused by exertional heat stroke.

"And if we continued to be stonewalled as we have so far, then yes, we will be filing a lawsuit," family lawyer Jill Greene said.

There's no word on when that lawsuit would be filed, but there will be a community meeting in Neptune on April 11 so residents of the community can find out exactly what's happening.