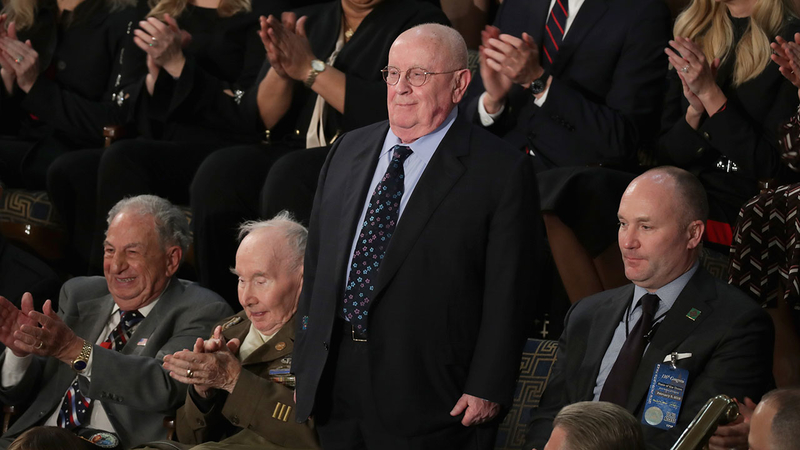 WASHINGTON -- During Tuesday night's State of the Union address, a Pittsburgh synagogue shooting survivor was honored with a rousing rendition of "Happy Birthday."

Guests in the U.S. House of Representatives chamber broke into song after President Donald Trump recognized Judah Samet, who arrived at the Tree of Life synagogue just as the gunfire broke out last fall, and noted that Samet was celebrating his 81st birthday.

Applause followed as Samet smiled and waved to the crowd. Singing ensued as Trump was about to continue with his prepared remarks; the president smiled and made a conducting motion with his hands while guests sang.

"Thank you!" Samet shouted into the chamber after the song. Trump joked to Samet that lawmakers "wouldn't do that for me."