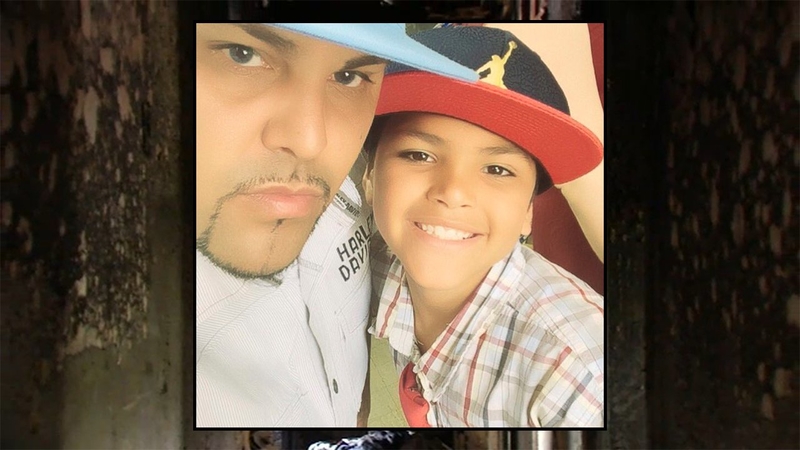 KEANSBURG, New Jersey (WABC) -- A heroic father in New Jersey saved his family, including several children, from their burning Keansburg home, but was critically injured in the process.

Jose Sanchez is being called a hero by his son Joshua and by the rest of his family.

Sanchez was quick to alert everyone in the house about the fire and rescue squads came in to pull everyone out of the burning house.

"Everybody played their part, everybody helped each other, and it's just something that's like a nightmare. We still can't believe that it happened," said Beatriz Soto, Sanchez's wife.

The family had only moved into this raised home four months ago.

The eight of them were all sleeping early Tuesday morning around 12:30 a.m. when the fire alarm started going off. The flames were spreading rapidly.

"I jump up, and a bunch of smoke is coming under my door, and I open the door and flames are in my hallway and they are coming up from the bottom," Soto said.

Sanchez apparently kept running in and out of the smoky house to make sure everyone escaped and he suffered from smoke inhalation.

He was taken by helicopter to the burn unit at Saint Barnabas Hospital in Livingston. He's now in critical but stable condition.

His heroics helped save his whole family, including a 7-month-old granddaughter.

But they have lost everything and have to start over.