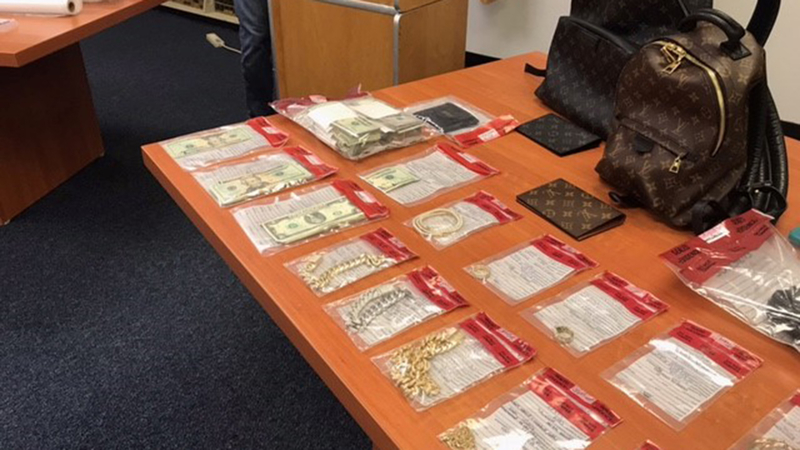 LAKE RONKONKOMA, Long Island (WABC) -- A Long Island couple is under arrest, accused of running a major cocaine operation out of their Lake Ronkonkoma home.

They allegedly conducted the sales out of high-end vehicles, including a Land Rover and a Mercedes-Benz.

"These defendants are each charged with a top count of Operating as a Major Trafficker, which is a serious charge for serious drug traffickers," Sini said. "They used the profits of their alleged drug trafficking operation to fund a lavish lifestyle, including high-end vehicles, designer clothing and shoes, and expensive jewelry. This was a lucrative business for the pair, but it has been effectively shut down because of the great work of law enforcement."

Claros is being held on $3 million bond and reportedly had a number of previous felony arrests.

Rivera is being held on $2 million bond.

The investigation began last March after law enforcement allegedly observed Claros conduct a drug sale on a side street near the Red Lobster on Express Drive South in Ronkonkoma, and it included confidential informants and undercover officers who infiltrated the alleged drug network.

If convicted of the top count, Claros and Rivera each face a maximum sentence of 25 years to life in prison.

Claros' attorney said both suspects plan to fight the charges.