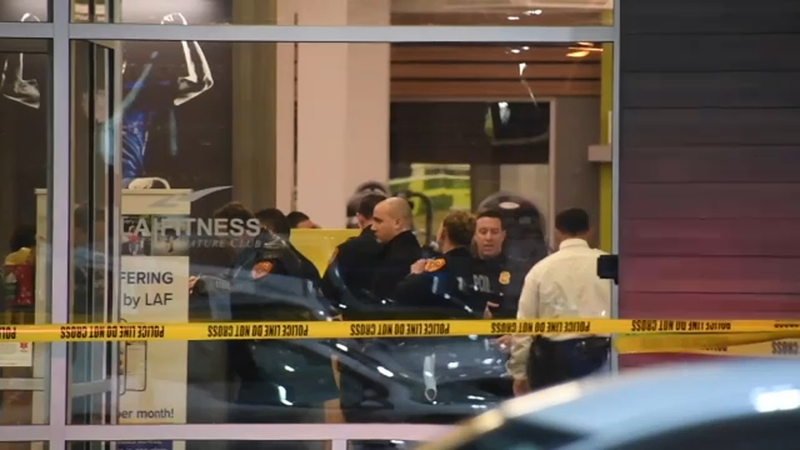 NORTH BABYLON, Long Island (WABC) -- An 18-year-old man is under arrest on Long Island after allegedly firing a gun and slashing a teen inside a gym in North Babylon.

It happened inside the LA Fitness on Deer Park Avenue around 7:15 p.m. Tuesday.

Police say Noah Haynes and a 17-year-old male were involved in a verbal altercation when staff members inside the gym asked them to leave.

The two then got into a physical fight in the parking lot. Haynes left the premises in a car, while the 17-year-old returned to the gym.

Haynes returned approximately 30 minutes later, entered the building, and confronted the 17-year-old in the locker room.

Police say Haynes slashed the teen in the neck with a metal object and pointed a handgun at him.

The two left the locker room and began to fight in the gym area.

The victim yelled to other people in the gym that Haynes had a gun.

Police say Haynes fired one shot during the struggle. No one was struck by the bullet.

Police officers placed Haynes in custody at 7:55 p.m. The 17-year-old was transported to a local hospital, treated for minor injuries, and released.

Haynes, of Wyandanch, was charged with second-degree assault, reckless endangerment, menacing, and criminal possession of a weapon.