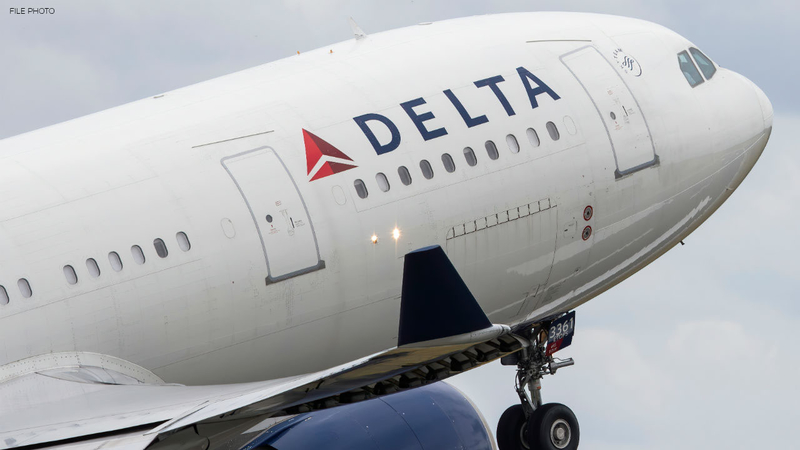 Delta Airlines Flight 462 was headed to Atlanta and was taxiing out when the incident occurred.

Officials with Delta said a party of two opened the door and exited through the slide with a service dog.

The plane then returned to the gate where other passengers deplaned and were put on alternate flights.

The plane was checked by maintenance technicians after the incident before being returned to service.

The passengers were later identified as 31-year-old Antonio Murdock and 23-year-old Brianna Greco, both of Florida.

Authorities say Murdock claimed post traumatic stress prompted him and his female companion to grab their service dog and jump down the emergency slide.

The small dog, named Rain, was turned over to Animal Care and Control and was expected to be returned to the owner.

Murdock claimed PTSD from time in jail for a previous robbery was triggered by the confined space on the plane.