'FBI's 10 Most Wanted' man who murdered fiancée, her dog in NJ gets 30 years 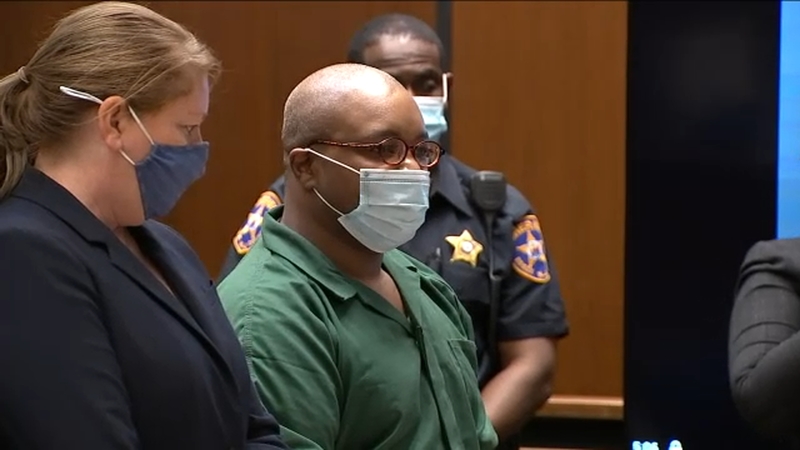 NEWARK, New Jersey (WABC) -- A man who was on the FBI's Ten Most Wanted list for murdering his fiancée and her dog in New Jersey in 2014 was sentenced to 30 years in prison Thursday.

Lamont Stephenson, 46, pleaded guilty to killing Olga DeJesus and her dog Lola after being on the run for years after the murder.

"I'm sorry for what I did to Olga and Lola," he said before sentencing. "It shouldn't have happened. I miss them and think about them every day."

Stephenson was captured in 2019 during a traffic stop in Maryland after he allegedly murdered a second woman in the Washington D.C. area.

In that case, which is still pending, police say Stephenson stabbed 40-year-old Natina Kiah and her cat.

Stephenson was caught on security cameras fleeing the area, presumably heading toward relatives in Virginia and the Carolinas.

For the DeJesus family, Olga's loss was crushing, and this is a day they have been waiting for.

"We will have closure that he's caught and being sentenced, but we will never have closure in our hearts," cousin Laura DeJesus said.

It's been a nearly seven-year journey of emotional suffering, and on Thursday, they gathered once again to remember their Ivy, as they call her. Her brother Felix was the first to take the podium.

"The defendant killed my sister and caused suffering," he said. "Our daily lives are different."

Her cousin Alexander released his anger at Stephenson.

"You didn't have to do that," he said. "You could've just left. We wouldn't be here right now."

Stephenson's apology didn't strike a cord with the judge, who handed down the 30-year sentence along with 18 months for animal cruelty.

While closure is going to be difficult for the family, they are now beginning a new journey aiming to move forward and be happy.