2 charged in NJ, Brooklyn with laser attacks on helicopters 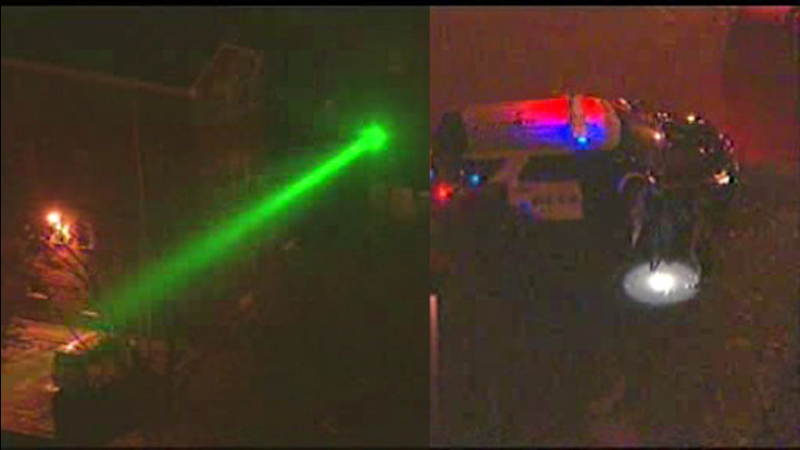 ELIZABETH, N.J. (WABC) -- The man who pointed a laser at NewsCopter 7 Wednesday night has been charged with interfering with transportation.

Stiven R. Bender-Lopez, 26, of Elizabeth, was arrested Wednesday night in Elizabeth. He is currently being held.

NewsCopter 7 was over Elizabeth, N.J., around 5:20 p.m. when a laser was pointed at the pilot and reporter Shannon Sohn. The crew alerted police.

An NBC news helicopter helped police track down and arrest a suspect who allegedly pointed a laser at that chopper Wednesday while it was flying over Prospect Heights around 6 p.m. Police and the FAA were contacted and guided to the location.

An NYPD helicopter at the scene was also struck by the laser. Two people were taken into custody and one of them was arrested.

Ossieo Silva, 20, of Brooklyn, was charged with two counts of reckless endangerment in the laser case. He was arrested in Brooklyn and arraigned Thursday. According to the criminal complaint, he stated he pointed a laser at the WNBC helicopter because he "thought it would be funny."

Federal charges are being considered in the cases.

There have been several laser incidents in 2015 so far involving airports: 17 at Kennedy airport; 65 at LaGuardia; and 55 at Newark.