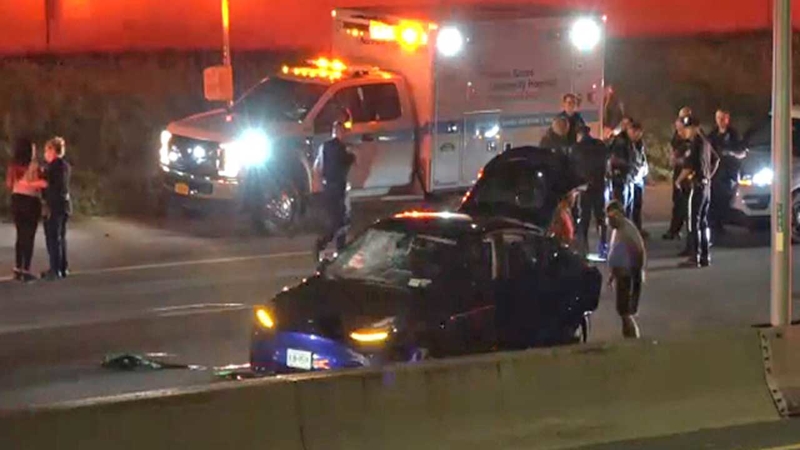 Man killed while changing tire on LIE in Queens

FLUSHING, Queens (WABC) -- A man was struck and killed while changing a tire overnight on the Long Island Expressway in Queens.

It happened just after 12 a.m. Monday near the overpass at Main Street off Exit 23 in Flushing.

Police say the 52-year-old motorist had stopped in the left lane and was changing a tire when he was struck by a passing vehicle.

The victim was taken to New York-Presbyterian Queens Hospital, where he was pronounced dead.

The driver who hit him stayed at the scene, and police say there is no apparent criminality.

The westbound lanes of the Long Island Expressway were closed for several hours following the crash.

They have since reopened.