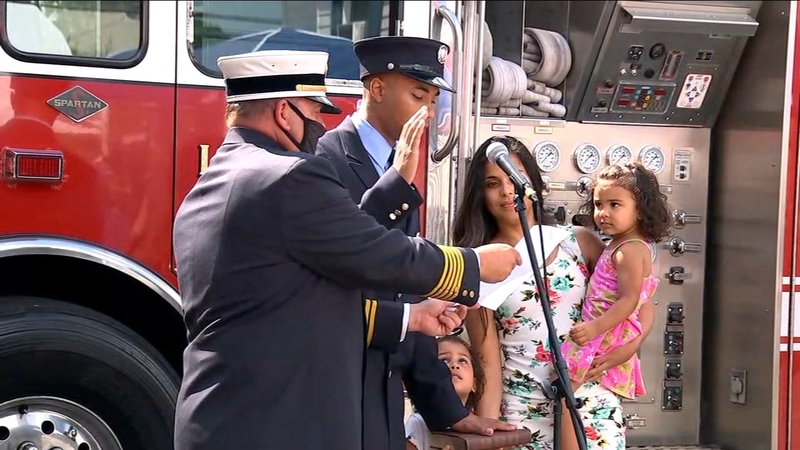 Anthony Holland was promoted to the rank of lieutenant, becoming the first African-American officer to hold that rank in the Linden Fire Department's 104-year history.

The socially distanced ceremony was held in front of family and friends, during which Holland took the oath for his new position.

Holland, who has been in the department since 2013, says the promotion was an honor.

Holland says he hopes to continue to move up in the ranks within the department.