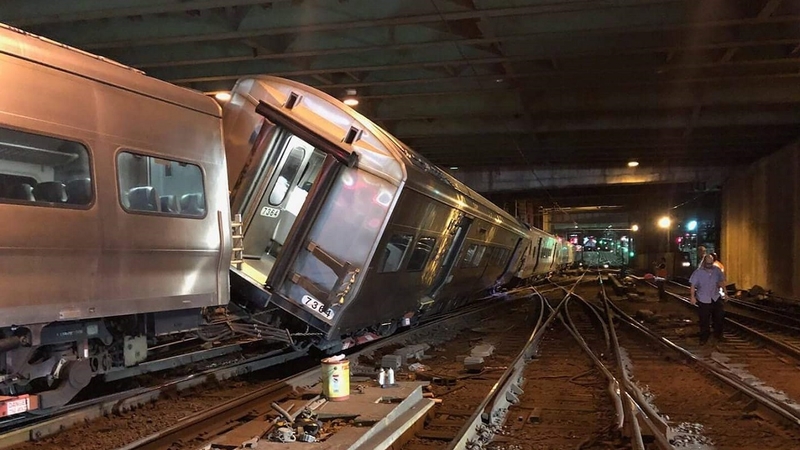 WEST SIDE, Manhattan (WABC) -- A LIRR train that derailed over the weekend disrupted some trains for the Monday commute.