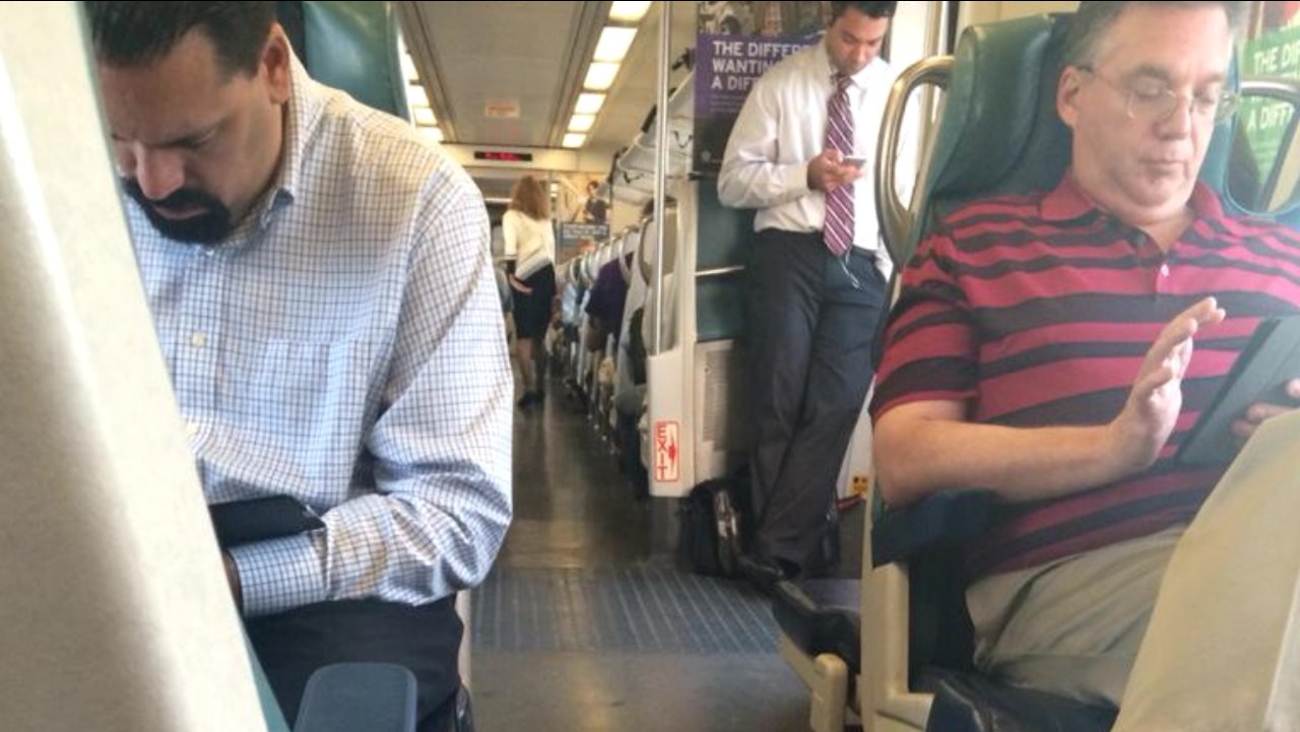 NEW YORK (WABC) -- To say they were angry might be an understatement. LIRR riders took to social media Wednesday morning to let the world know they didn't appreciate the delays.

A power-related issue in Queens caused LIRR trains to be suspended, leaving riders waiting -- either on a stopped train or in the station.

We pulled together some of the most interesting rants we saw posted Wednesday morning:

By the time I get to work, my coworkers will be eating lunch. #LIRR

If a tree falls in the forest, it may or may not make a sound, but one thing's for sure... It will delay the #LIRR. #TryingToBeZen

#LIRR - #Failroad just posted "The LIRR is averaging delays of 80 minutes system-wide". 80 minutes? That's not a delay. It's a black hole.

Our @LIRR conductor going car by car, telling passengers that he has no info for us. "The E is a horror show." pic.twitter.com/lRwTOAq6aj

The delays prompted some people post celebratory selfies when they finally made it to their destination:

I finally made it to Penn Station. Only took 2+ hours. #LIRR pic.twitter.com/ifmNZaMR6M

The huge quantity of tweets caused #LIRR to trend nationally on Twitter:

#LIRR is the #1 trend on Twitter. (not for a good reason) #DelayedForDays

When #LIRR is trending... my heart drops and I think of that conductor who said "we're operating in chaos mode, call your families now."

you guys are tweeting the crap out of this #LIRR shutdown. nice job

Some riders found "friends" to help them get through the experience:

lol at #LIRR trending on twitter. at least I have this guy to keep me company #krispykreme #arrrrr pic.twitter.com/dYWdJMVkkt

NO CONTINGENCY PLAN FOR ELECTRICAL PROBLEMS. Totally unsafe. 3+ hrs to get to Jamaica and then turn back to LB #LIRR pic.twitter.com/J98kBKZnn5

Everyone crowded on the first #LIRR to Penn in hours pic.twitter.com/oDB6GKfX2K

This is what's going on here at Jamaica Station. No #lirr train to penn. pic.twitter.com/J9CKKPCWxQ

Or just people just waiting for their train:

@ABC7NY waiting at Hicksville station. #LIRR I left an hour ago and have only gotten one station into my commute pic.twitter.com/8LY0nGEo2q

One positive: Some used the delay to catch up on some sleep: