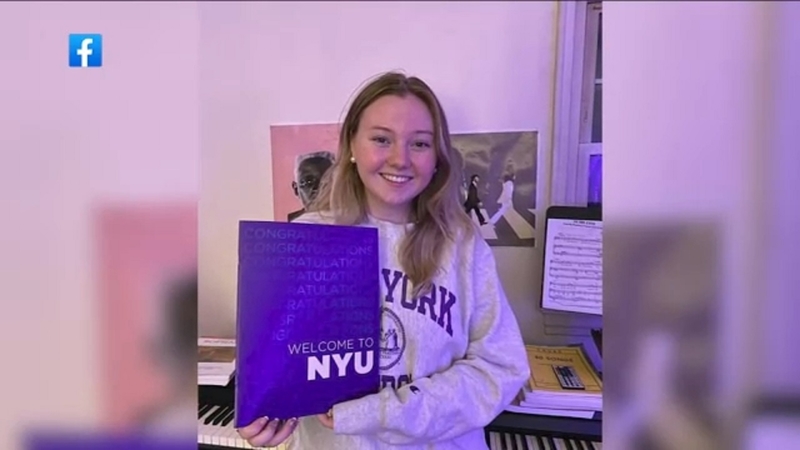 NASSAU COUNTY, New York (WABC) -- A string of five fires that broke out in Nassau County in a 24-hour period stretched resources thin, with all of the county's 71 fire departments dispatched at the same time at one point.

One fire at a Westbury waste disposal facility reached 10 alarms, while another left a father, mother and their teenage daughter dead.

In a community searching for comfort, members of the Garden City PTA didn't want residents to have to look far. And so colors that mean something -- blue and white for their school, and pink, the favorite color of 18-year-old Molly Madigan -- now line her street today. There was purple and white outside her high school as well, because Molly had just committed to NYU for the fall.

But tragically, she and her parents were killed Thursday morning in a fast-moving fire at their home on Washington Avenue. Her mother, Gail, was the lifeblood of the Garden City PTA for decades.

"You know, we're all so upset," Garden City resident Arlene Conigliaro said. "We're a big community. We stick together, and it's just loss."

It was a taxing 24 hours for the volunteer fire departments all over Nassau County, as several aggressive unrelated fires. In addition to Westbury and Garden city, two propane tanks on the side of a home in East Meadow exploded, terrifying residents.

"It was one big, loud boom," neighbor Jennifer Castle said. "All you saw was orange, and our windows, you felt the heat right through it, all of us."

"No sooner I got her out of the room when the fire burst through the windows," he said. "And as soon as it did that, the curtains and all that were up in a flash."

But the hardest part is the grief now cutting through one community, whose residents can only ask why?

"We found one single smoke detector in the house, while damaged, it was not functioning," Nassau County Fire Marhsal Michael Uttaro said. "The sad results that transpired from this fire indicate that we don't think they were functioning."