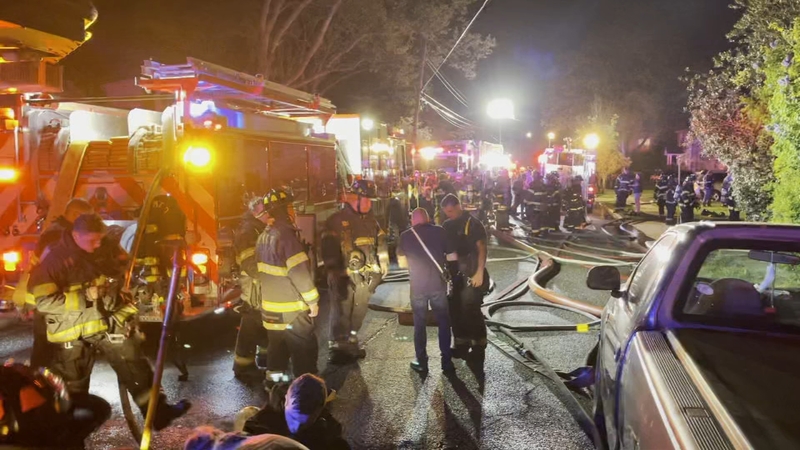 A total of five fires have been reported in Nassau County in the past 24 hours, including the latest fire reported in East Meadow shortly before 8:30 p.m.

Dramatic video showed a large flash, in what appeared to have been some kind of an explosion that started the fire.

One person suffered minor burns to his hands. The cause of the fire is under investigation.

Meanwhile, a second fire in Westbury was reported just before 6 p.m.

Officers responded to the calls of a house fire on Rockland Street.

Officials say all residents in the house had already evacuated.

One woman was taken to the hospital for smoke inhalation. No other injuries were reported.

This comes after three other fires were reported in Nassau County, including another in Westbury that has impacted LIRR service, and one at a home in Garden City which claimed the lives of 3 residents.

Fires reported in Nassau County over the past 24 hours