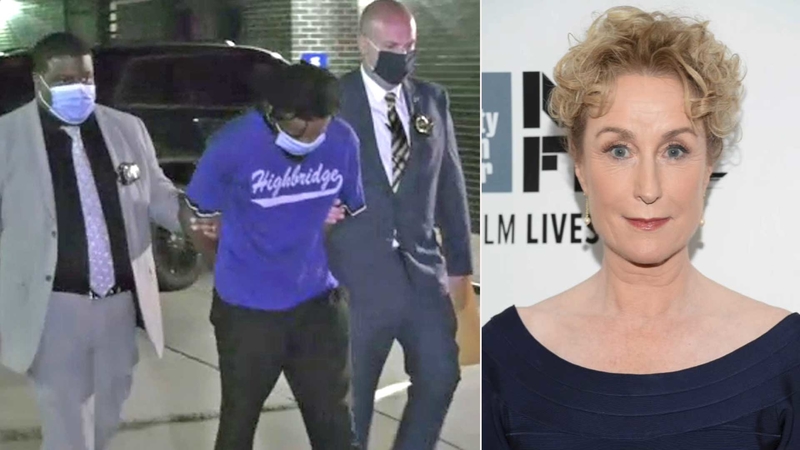 Arrest in hit and run that killed actress Lisa Banes

UPPER WEST SIDE, Manhattan (WABC) -- The NYPD has announced an arrest in the hit-and-run death of actress Lisa Banes.

26-year-old Brian Boyd of Manhattan is charged with Leaving the Scene of an Accident Resulting in Death.

Banes, 65, was fatally struck by a motorized scooter on June 4 as she crossed West 64th Street and Amsterdam Avenue.

Surveillance video indicated the scooter drove through a red light.

ALSO READ | E-scooter crashes on the rise in NYC, with bystanders the ones getting injured
EMBED More News Videos

7 On your Side Investigates uncovered a new disturbing trend -- e-scooter accidents are on the rise in the New York City area, and oftentimes, it's not the scooter driver who's the one getting injured.

Banes appeared in numerous television shows and movies, including "Gone Girl" with Ben Affleck in 2014 and "Cocktail" with Tom Cruise in 1988.

On television, she's had roles on "Nashville," "Madam Secretary," "Masters of Sex" and "NCIS."

Banes also acted on stage regularly, including Broadway appearances in the Neil Simon play "Rumors" in 1988, in the musical "High Society" in 1998 and in the Noel Coward play "Present Laughter" in 2010.

"With a heavy heart, we at SMS Talent mourn the passing of our beloved client and friend Lisa Banes," SMS Talent Inc. said in a statement. "We send our love and condolences to her wife Kathryn and all her family. Her talent and light will be missed by all."

Banes was in New York to perform in a virtual adaptation of Eleanor Burgess' The Niceties, presented by Manhattan Theatre Club, where she was part of the play's traditionally staged production from 2018 to 2019.

A murder investigation is underway after a lawyer was found dead in Queens Thursday.