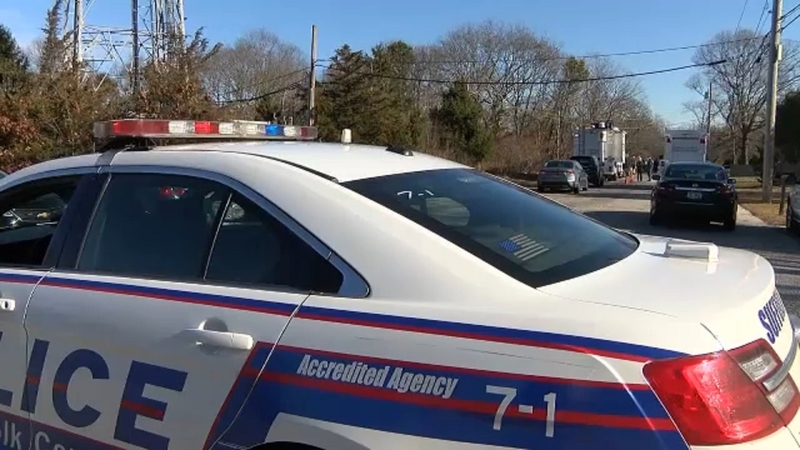 SHIRLEY, Long Island (WABC) -- A man has been arrested after police say he murdered another man and then set the victim's body on fire in the backyard of a home on Long Island.

Suffolk County police responded to the home on Mastic Boulevard West in Shirley. When officers arrived at the scene, they found a body burning on the property.

Police arrested Peter Pendzinski, who they say is a resident of the home, and he has been charged with murder.

It was a Christmas morning heartbreak for a Long Island church community after the Good Shepherd Lutheran Church in Levittown went up in flames.

Pendzinski was transported to a local hospital for non-life-threatening injuries.

The fire was later extinguished,

An autopsy will be conducted by the Medical Examiner to determine a cause of death and identity of the victim.

Pendzinski is scheduled to be arraigned at First District Court in Central Islip on a later date.

Firefighters had to break through the windows to get inside Bassett Caterers in Sheepshead Bay on Avenue X.