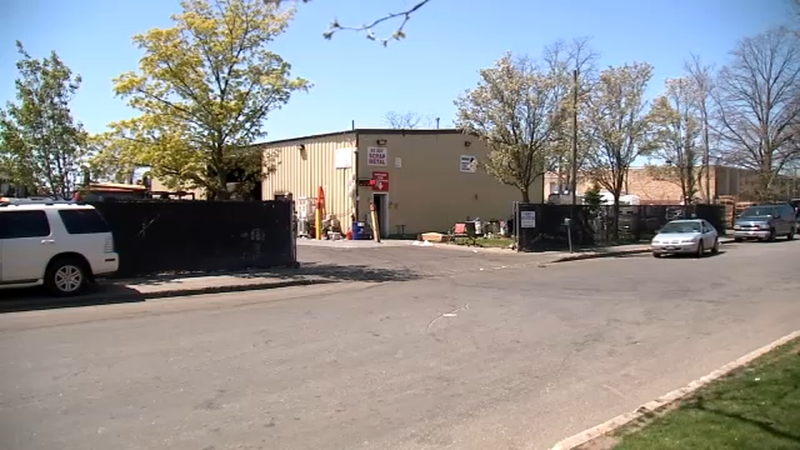 WEST BABYLON, Long Island (WABC) -- Eyewitness News spoke exclusively with a Long Island resident who said he saw a Black doll hanging by a noose with chains around its neck and wrists inside the main office of a scrap metal recycling center in West Babylon.

Suffolk County Police confirm exclusively to Eyewitness News that their Hate Crimes Unit is conducting an investigation into Hesh's Recycling.

Carpenter said he went to his car, got his phone and took pictures of the doll.

"That's racism right in your face," he said.

Carpenter's entire family was outraged when he showed them the photos.

"Why would you do that?" asked Carpenter's brother, William Carpenter. "Why do you still think like that? C'mon now. We're not our ancestors. It's a lot different now. Now we will fight back."

Carpenter gave a statement to Suffolk Police this week. He said a detective told him that when he went to Hesh's Recycling the doll was gone.

Eyewitness News found the same thing when visiting the facility Friday afternoon. No one was in the office and the doll was the gone.

Eyewitness News also left a message earlier in the day with someone who answered the phone requesting to speak with the manager or owner of the facility about the doll -- no one got back.

Carpenter said he has been doing business for years with Hesh's and never saw the doll previously. But, he said he had never been in the main office long enough to look around.

Carpenter said he will no longer do business with Hesh's.

Anthony Johnson has more after a maintenance worker and employee were burned at an explosion at a White Castle in New Jersey.