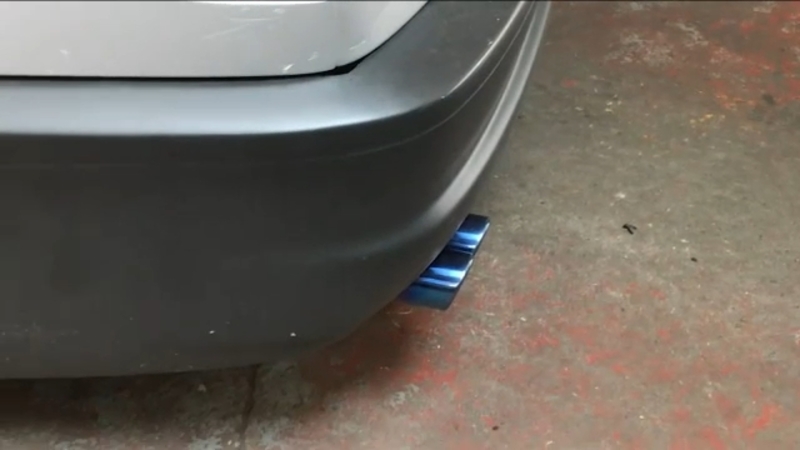 YONKERS, Westchester County (WABC) -- Cars and motorcycles that are so loud when they pass your house that you feel it inside your body have long been a plague on the state of New York, especially for those who live in New York City or near a busy road.

Legislators in Westchester County were listening to the complaints, and a new law passed by New York State is designed to turn down the volume by banning the devices that make those souped-up vehicles loud.

Derio Lebron is in the midst of an all day project modifying the air intake of his engine, bypassing the muffler, and installing custom tips on the exhaust pipes so that even if you don't see his BMW coming, you'll hear it.

"It was already loud before, but I want it louder, trying to get some pops into it," he said. "I know (it drives people crazy), but I dunno, I like the noise."

Most people don't, though, which is why it might soon be illegal.

The "Stop Loud and Excessive Exhaust Pollution Act," or SLEEP Act, has been passed by the state Legislature, and if signed, it will expressly prohibit the sale or installation of devices to increase the sound of a muffler on a motor vehicle or motorcycle and increase fines for such modifications from $150 to $1,000.

"The problem of souped-up vehicles during COVID and before has been a serious problem throughout the state," Mayer said.

Lawmakers used the backdrop of a quiet Yonkers neighborhood that sits between notorious racing locations to make their announcement.

"I was on 87 just the other day, and it sounded like a bang like a gunshot right next to me," Yonkers resident Matt Orefice said. "It's startling, and then you see the person more up a little bit and do it again, and do it again, so you know, there's some intention there."

But those like Lebron doubt car enthusiasts will change their ways.

The bill will also require the Commissioner of Motor Vehicles to deny or revoke a license to operate a vehicle inspection business upon a third or subsequent willful violation of regulations regarding mufflers within an 18-month period.

Governor Andrew Cuomo, an admitted car enthusiasnt himself, has not yet indicated if he plans to sign the bill.