Lukoil employees threatened by customers because of implied Russian ties 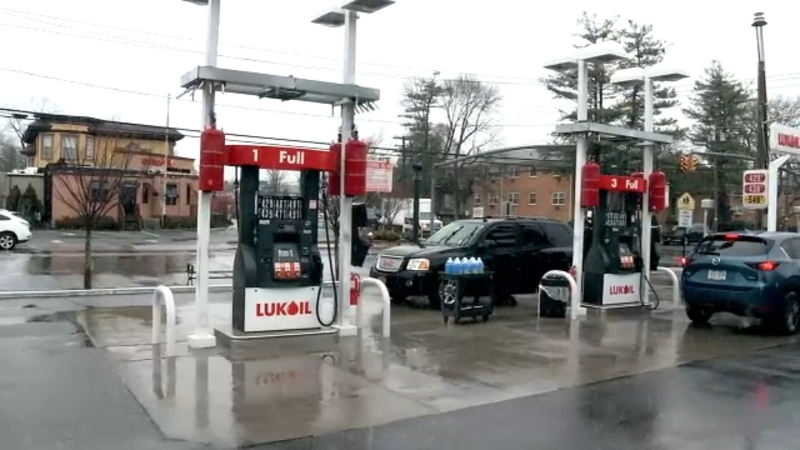 Lukoil employees threatened by customers due to implied Russian ties

LYNBROOK, Long Island (WABC) -- The phrase "pain at the pump" has a whole other meaning these days for some gas station employees on Long Island

Fernando Diaz works at a Lukeoil gas station in Lynbrook and says people have cursed at him and threatened to hurt him.

"I know it's sad what's happening over there, but you can't blame people over here," Diaz said.

Diaz said some people even get out of their cars to make the threats.

All because the Lukoil name is associated with the Russian fuel company.

But this is a Lukoil franchise that used to be a Mobile station.

"It's an independent owner," said owner Ganesh Lall. "It's doesn't have anything at all to do with Russia. It's American gas we're selling. We don't sell Russia gas here."

Nevertheless, people are dumping Russian booze and canceling products that may be Russian due to Russia's escalating invasion of Ukraine.

"It's like we're getting a helluva time," Lall said.

Lall said his business is down about 50 to 60 percent, but that's not the worst part for him.

"My biggest concern, I don't want any of my guys to get hurt," Lall said.

The employees say they're counting on their loyal customers, like Alex Vayner, to keep coming back.

Vayner is from Ukraine and says he supports this gas station because they're not the ones to blame.

"It's not these guys' fault what Putin is doing. He's a dictator that's what he does," Vayner said.

President Joe Biden has decided to ban Russian oil imports in retaliation for its invasion of Ukraine, according to a person familiar with the matter.