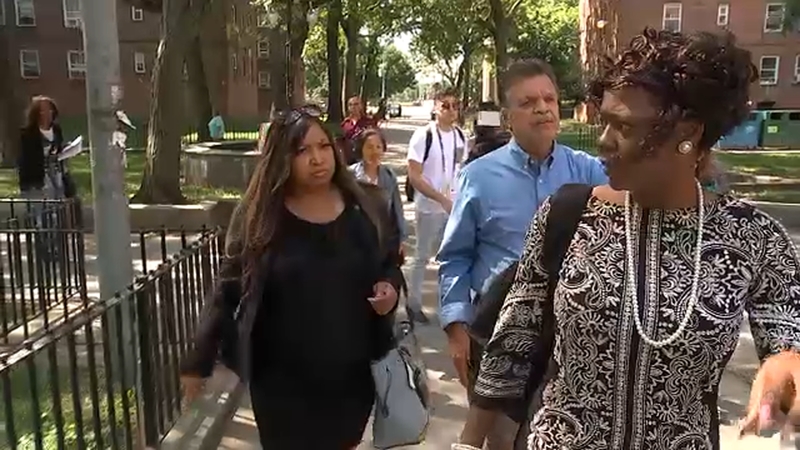 "I don't want to turn this tour into a de Blasio-bashing session because that's way too easy," Patton said.

On Monday, Patton toured the Red Hook Houses in Brooklyn.

In the last few months the mayor has committed more money to NYCHA.

A federal monitor has been appointed to oversee repairs and NYCHA has a new chairman, Gregory Russ from Minneapolis, who started at NYCHA earlier this month.

On Monday, Patton toured three different apartments at Red Hook Housing. In one there was a dangling light bulb, with exposed wires next to a shower. Also there were shoddy repairs, replacing a water pipe that had burst. Patton said mold is a big problem at the complex. It house 12,000 New Yorkers.

When asked about the mayor's claim that he wants to eradicate all lead in public housing, Patton said, "The mayor hasn't eradicated anything except his polling numbers."