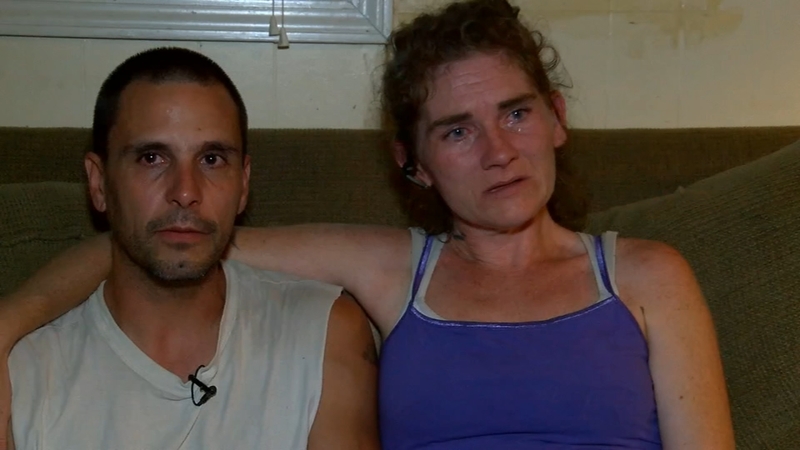 Suzeanna and Matthew Brill lost custody of their son after giving him marijuana - not medical cannabis, which is legal in Georgia - as treatment.

Matthew Brill said his stepson suffered from several seizures a day and said one time he had a seizure in his sleep and ended up covered in vomit. The couple said their son had a service dog to help him cope.

"We look at our child in a ball in the middle of the floor, unable to anything, but their entire body is convulsing and tensed up and you have to pick your child up carry them to your vehicle because you live 45 minutes away from help. I hope no parent ever has to do that," Suzeanna Brill told WGXA.

The couple said they tried several medications prescribed by doctors and cannabis oil, but none of it worked.

They finally turned to marijuana.

"I smoke it first," Matthew Brill told WMAZ. "I know where it comes from, I know my people. Made sure the bag was good, packed the bowl in my bowl, which I know ain't been anywhere else, and I set it on the table and told him that it was his decision. I did not tell him he had to or not."

The Brills said their son began smoking several times a day and went 71 days without having a single seizure.
"Nothing else was working," Suzeanna Brill said. "I can't have my kid dying because no one wants to listen."

But then the couple was arrested by Twiggs County Sheriff's deputies, and Georgia's Division of Family and Children Services took custody of the boy.

"They showed up at my house demanding that I quit abusing my son," Suzeanna Brill said. "I wasn't abusing him. I was taking care of him."

The Brills are facing reckless conduct charges. Even still, they said would do it again to protect their child.

"I understand the parents are apparently trying to do what they think may be the right thing," Twiggs County Sheriff Darren Mitchum said. "But the fact is, as of today, marijuana is not legal in the state of Georgia."

They haven't seen their son since April 20. His status will depend on the outcome of the couple's hearing on June 14.