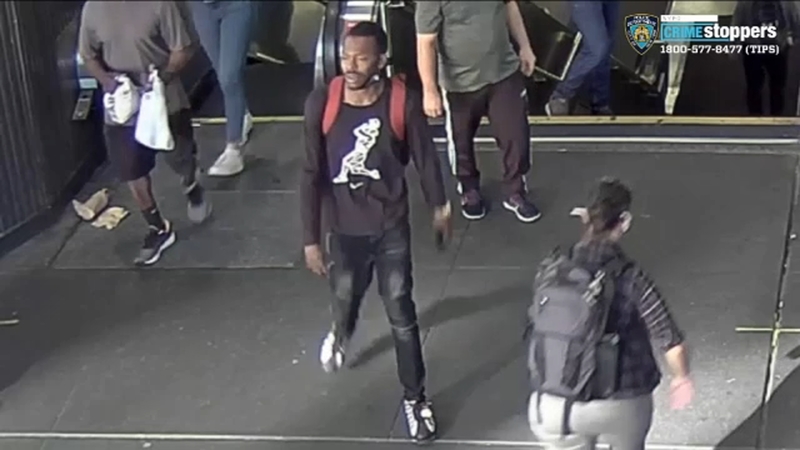 NEW YORK (WABC) -- A suspect has been charged in a shooting that injured a bystander outside Penn Station Monday afternoon.

Marvin Bruce, 27, was charged with criminal possession of a weapon and assault on Thursday.

The suspect was apparently linked to the shooting by a gun recovered in a trash can.

Earlier this week, police released video of the gunman suspected of shooting an innocent bystander waiting for a cab near Penn Station in Manhattan.

Surveillance video shows the suspected gunman in the shooting of the 58-year-old man on West 31st Street and Seventh Avenue around 5:45 p.m.

On Tuesday, the innocent bystander said he had been released from the hospital and is doing "just fine."


Police say the man caught on surveillance video got into a fight moments before the shooting with someone else inside the stations.

Dozens of police surrounded Penn Station on Tuesday, one of the main gateways to New York in what is turning out to be a violent summer in the city.