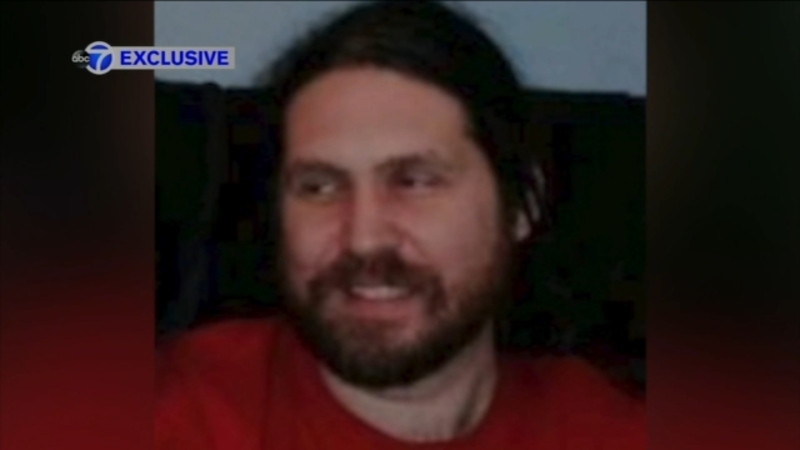 Man killed by police after scuffle with officer inside car

MANORVILLE, Suffolk County (WABC) -- A man was shot and killed by Suffolk County police in Manorville late Thursday after he and an officer scuffled inside a car, according to authorities.

It happened on Bauer Avenue at around 10:45 p.m., when police responded to a report of a suspicious person lying in the backseat of a car.

The officer engaged the man inside the car, and a struggle ensued. The officer fired his gun, striking the man.

Police say a knife was recovered from the man, who was declared dead at the scene.

He was identified as 44-year-old Jesse Bonsignore.

"My brother's life was taken by the hands of a Suffolk County Police Officer," he said in tears.

Bonsignore said his brother had a history of schizophrenia and the family is not sure if he was talking his medication.

"Why does it have to be the gun? Why was my brother not tased by the police department?" he said. "It makes no sense to myself or anybody in my family why my brother was harmed."

Authorities said he had at least one minor arrest and had previously been transported for hospital evaluations, and they believe he was living in his car.

The officer was transported to Peconic Bay Medical Center for treatment of unknown injuries.

The car was parked on the shoulder of Bauer Avenue in the grass, which is across the street from a line of homes.

Dawn Stewart, who lives across the street from where the incident took place, said she heard two gun shots.

"I never imagined in a million years that it could be gunfire, so my brain thought that somebody threw a blockbuster in the street," she said.

Stewart said within minutes, police vehicles descended upon the street.

Thomas Murphy lives two doors down from where the incident occurred.

Murphy said he went outside and asked police officers what was going on, and they told him it was a crime scene.

Murphy said he immediately worried about his neighbors, but police told him it did not involve any residents.

There is no bodycam footage, but detectives are reviewing surveillance and canvassing for additional video.

Suffolk County Homicide Section detectives along with investigators from the New York State Office of the Attorney General Office of Special Investigation are investigating.

Detectives are asking anyone with information to call the Homicide Squad at 631-852-6392 or call anonymously to Crime Stoppers at 1-800-220-TIPS.