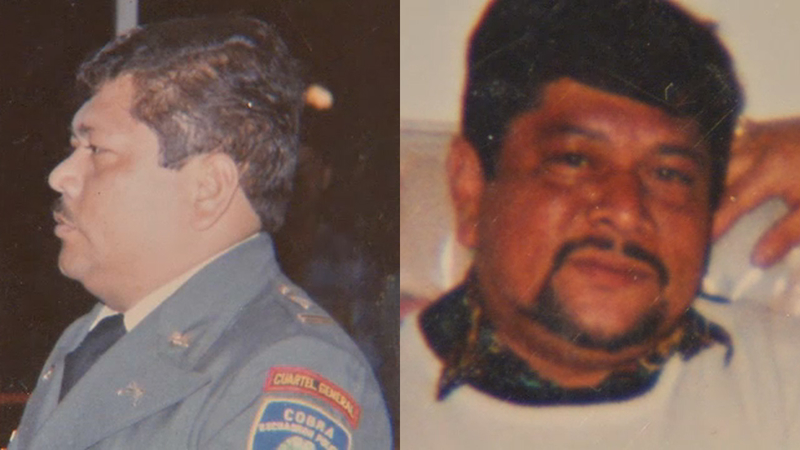 BRONX, New York City (WABC) -- The family of a man shot and killed by police in the Bronx has filed a $50 million lawsuit against New York City and the NYPD.

Mario Sanabria, 69, allegedly picked up a machete when officers came in with a no-knock warrant in what turned out to be a mistaken raid.

His family says he believed these were bad guys -- not cops -- breaking in, and that it is absurd to think he was the aggressor threatening the lives of nine police detectives in the early morning raid last December.

The police say Sanabria, who had been asleep seconds before, grabbed from the closet an old ceremonial knife from his days as a lieutenant in the Honduran Army and then came after the armed detectives.

"The uniform officer ordered the subject to drop the weapon, and he refused to comply," an NYPD captain said at the time.

That's when police fatally shot Sanabria in his bedroom. His 92-year-old brother-in-law, who shared the apartment, says they had no idea the men with guns were police.

"I thought it was a holdup, it was dark," Natalio Conde said. "I heard my brother brother-in-law say, 'What's happening, que paso?' And then I heard the shots very close to him in the bedroom."

Just days ago, Conde and his son Miguel filed a $50 million lawsuit against the city and the nine detectives involved in the raid. It was Miguel they were looking for, and a search warrant based on an informant claimed he had drugs and guns.

"It's still unbelievable," Miguel Conde said. "I can't sleep. I think about it every day."

All police found after shooting Conde's uncle and tearing apart his home was a pocket knife and the end of an old marijuana cigarette. For that, he says his uncle is dead.

"They could have screamed or said 'drop it, drop it,'" Miguel Conde said. "Where was he going to go? My uncle was in the military. He was also a policeman, so he respected law enforcement of any kind."

Their attorney says it's a text-book case of bad training, incompetent detective work and pressure to make arrests, all coming together in a fatal shot against a very frightened older man.

"It doesn't make sense," attorney Robert Vilensky said. "There has to be better training for the police officers rather than shooting a guy. And there are nine of them. Nine of them against a man who's 70 years old, 5-foot-4 and 160 pounds."
We are still waiting for a response from the NYPD.