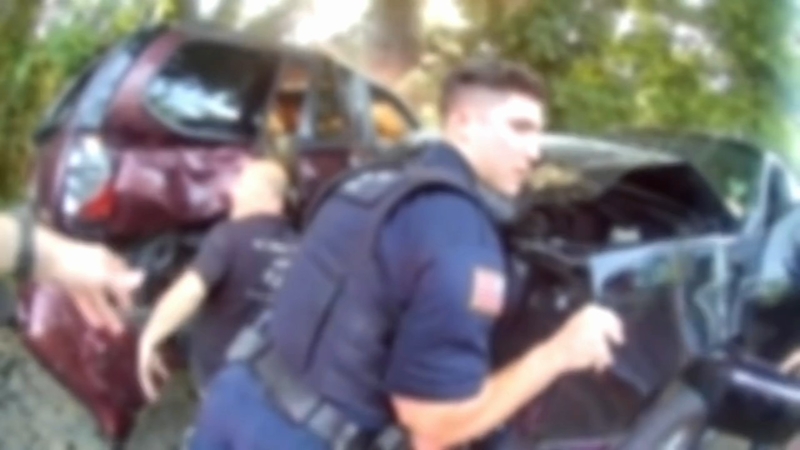 MARLBORO, New Jersey (WABC) -- A New Jersey police officer described the dramatic rescue of a teenager who was trapped in a burning vehicle.

The incident happened on Monday after a car collided with an SUV on Conover Road in Marlboro.

Police say a 17-year-old girl got pinned between the vehicles after she was partially ejected from the SUV.

As the fire spread, officers used a police car to push the vehicles apart and free the girl.

Officer Robert Kelly was the one who came up with the idea.

"When you're in the heat of the moment in a call like that, you're just working on completing the objective, completing the mission so you don't really ... maybe it's instinctual I'm not too sure, but it just came into my head," Kelly said.

The victim was critically injured in the accident.

She is in the hospital in stable condition, but is expected to recover.