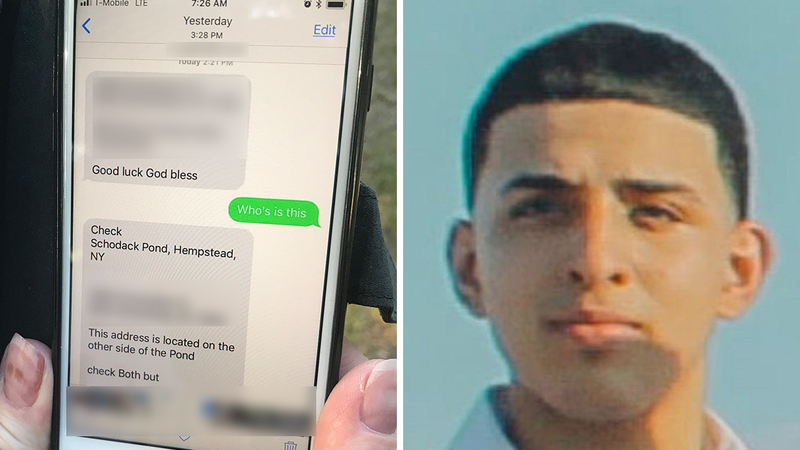 WESTBURY, Long Island (WABC) -- The search continued Monday for a missing teenager whose remains may be in a park on Long Island after his parents received a mysterious text message.

Authorities were combing through Hempstead Lake Park, which remains closed, in the search for 19-year-old Louis Germosen.

"Keep it coming," his stepmother, Suzanne Bayer, said. "Anything I can follow and just give to the police."

Suzanne Bayer, the stepmother of missing teen Louis Germosen, spoke to reporters as the second day of searching got underway at Hempsted Lake State Park.

The search effort began Sunday after Germosen's parents received an anonymous text saying they should search the park.

The teen has been missing for more than a week after he was last seen leaving his home in New Cassel on June 28. Police say he might have been headed to Roosevelt Street in West Hempstead when he disappeared.

"I think somebody knows something, and they're not saying it," mom Marta Flores said. "I was getting mad. I was like, why is this kid not calling me or answering my texts? That's when I started getting worried."

WATCH: NewsCopter 7 over the search in Hempstead Lake State Park


Flores said she began calling and texting him when he didn't return home.

"I do have reason to believe he hung out with the wrong crowd," dad Louis Germosen said. "So that might be a possibility."

His family said he has been spotted with a friend one time since then, but they they just want answers.

Police have not said if the case could be connected to any gang activity.

Rescuers wrapped up their search Monday but were prepared to continue their efforts on Tuesday. 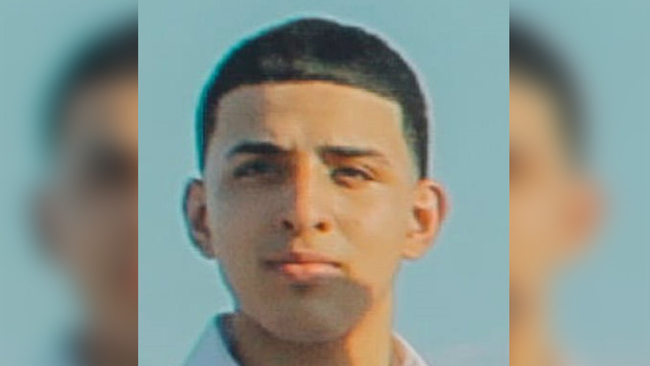