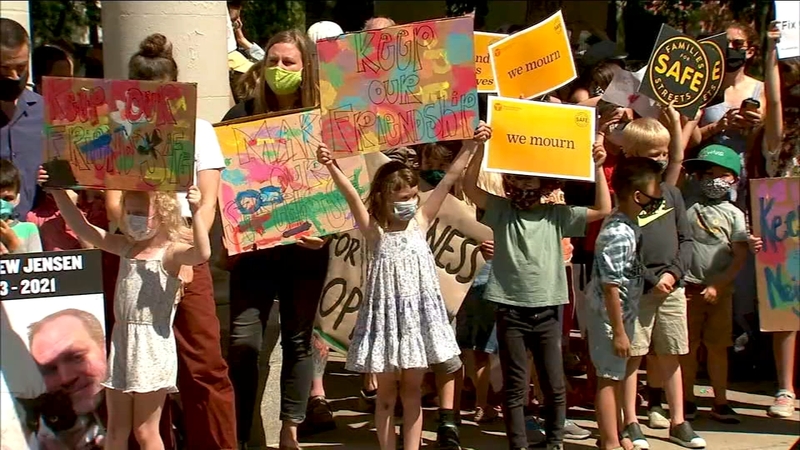 Matthew Jensen, an English as a Second Language teacher at PS 110, was killed by a driver of a Rolls-Royce in Greenpoint last week.

The crash happened as the 58-year-old was attempting to cross Bayard Street and McGuiness Boulevard on May 18 around 12:45 a.m.

The driver of the Rolls-Royce fled the scene.

They say they have had enough of the five-lane stretch that splits Greenpoint where there are lots of cars, trucks and crashes.

"Our community of hundreds of children and families are grieving, and for us, this is just the last straw, enough is enough," parent Bronwyn Breitner said.

And there were public officials too. Assemblymember Emily Gallagher has long pushed for a safer stretch of road.

"When I first started advocacy around this issue in 2010, I was just hopeful for more enforcement, they lowered the speed limit nothing, we added countdown clocks, but nothing has quite been enough," she said.

Demonstrators also called on the New York State Legislature to pass the Crash Victim Rights and Safety Act, a package of eight life-saving bills that aim to make streets safe in NYC and statewide.

Four women, said to be in their 30s and 40s, were taken to Jamaica Medical Center in critical condition. They were all on the third floor of the home when fire erupted.