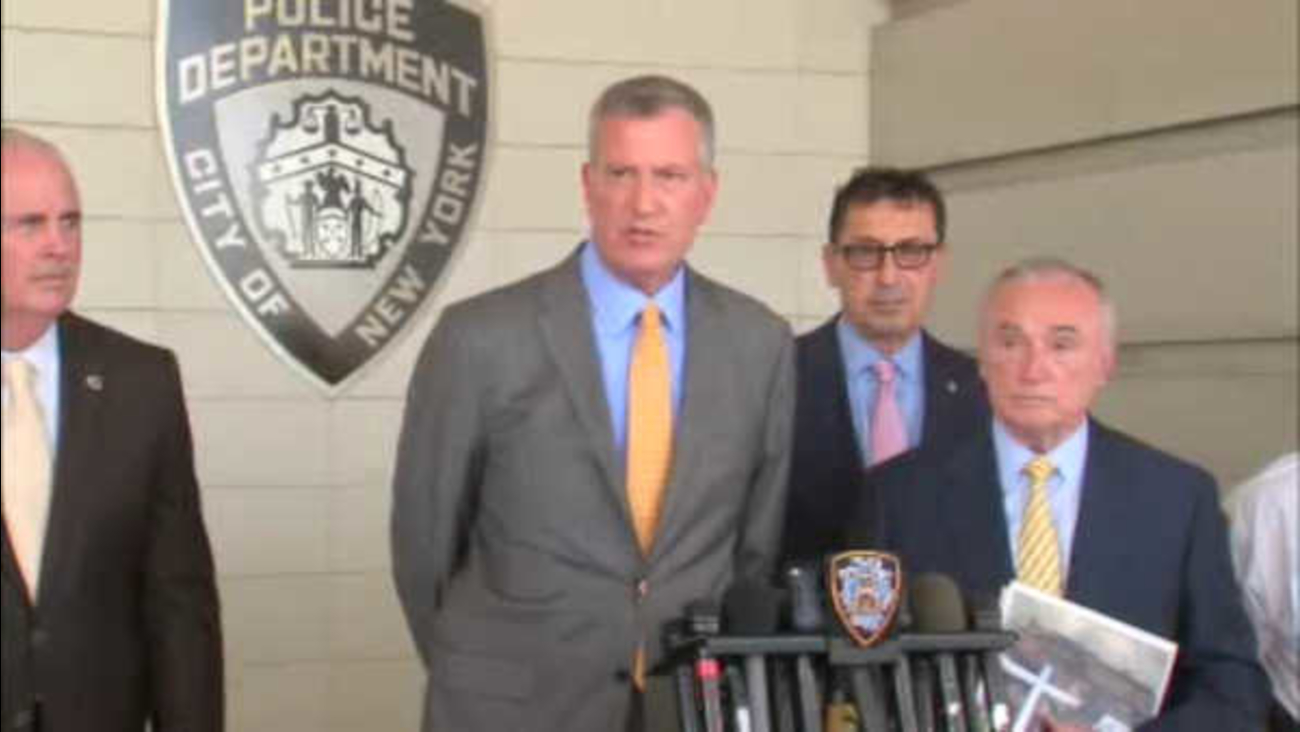 PARK SLOPE (WABC) -- A spokesperson confirms that Mayor Bill de Blasio went to the gym in Park Slope for about 80 minutes before he visited wounded firefighter Lt. James Hayes.

Sources tell Eyewitness News that the mayor spoke to Fire Commissioner Nigro half a dozen times on the phone while at the gym and had been reassured that the injuries were not life threatening, and in fact likely to be minor.

Mayor deBlasio, at his news conference was asked about why he was not at the hospital sooner and was not happy about it.

"We're briefing you all on a very serious situation, and that's just not a serious question," said deBlasio.

"Even the Emperor Nero attempted to put the fire out in Rome; contrary to the rumors that he was responsible for causing it. If true I am once again saddened for all New Yorkers as to the lack of leadership from City Hall. Hopefully much like the ashes of Rome, a more spectacular New York City will rise again."