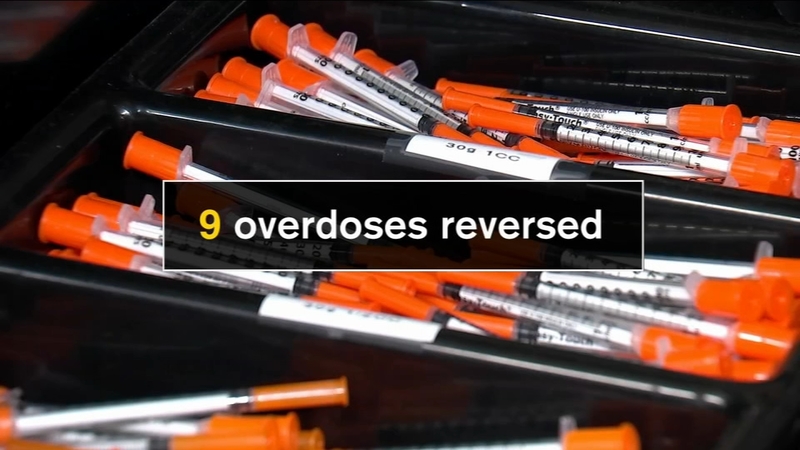 NEW YORK CITY (WABC) -- It's been less than a week since New York City opened its first supervised injection sites, and the mayor says many lives have already been saved.

"Just a week ago, these lives likely would have been lost. Compassion. Care. It takes real work to end this crisis, and our city is ready to lead the way," Mayor de Blasio's office said.

Two sites opened Tuesday, one in East Harlem and the other in Washington Heights.
EMBED More News Videos

Marcus Solis is at the first New York City overdose prevention sites, which will allow supervised injections in an effort to curb drug overdose and addiction.

The mayor says workers intervened as overdoses were happening.

The drug injection centers are the first of their kind in the nation.

Overdose Prevention Centers are proven to reduce overdose deaths and successfully treat drug addiction, according to studies conducted in Europe and Canada.

Experts say the sites are also proven to improve the overall safety of the communities they're in by reducing the amount of public drug use and decreasing syringe litter.

Sonia Rincon reports, as we learn more about the two men who were randomly stabbed, one fatally, by the same knife-wielding suspect.

If you or someone you know is suffering from a drug addiction, reach out to the Office of Addiction Services and Supports via website, calling the 24/7 HOPE Line at 1-877-8-HOPENY, or text 467369.