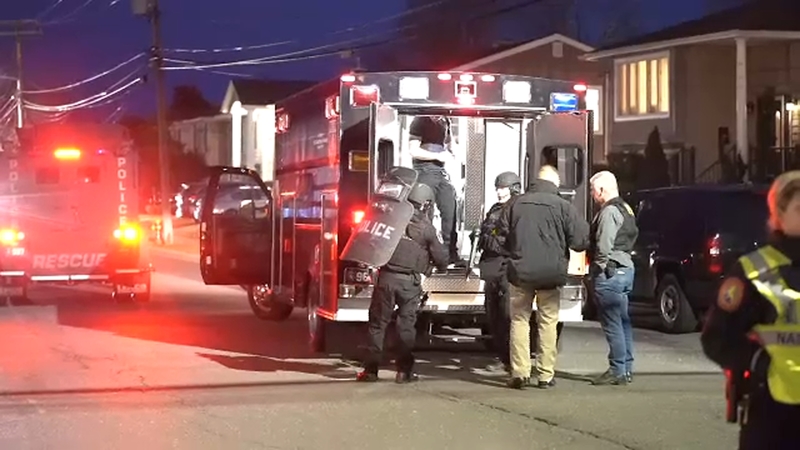 Search for 2 men in violent home invasion in Merrick

MERRICK, Long Island (WABC) -- Police are searching for two men who pushed their way into a home on Long Island, terrifying the people inside.

It happened Tuesday around 4:40 p.m. on Beach Drive in Merrick.

Authorities say one of the men was armed with a gun and punched a 20-year-old man who tried to confront him.

The armed man said, "Give us your stuff," according to the victims.

He ran into another room as the other people inside the home locked themselves in the basement and were able to call police.

The men got away empty handed.

The first suspect is described as a white male in his 20s, approximately 6 feet tall with a medium build. He was wearing a hooded sweatshirt and a purple bandanna that covered the lower part of his face.

The second suspect is described as a Hispanic male in his 20s, approximately 5-foot-11 with a medium build. He also was wearing a hooded sweatshirt and a purple bandanna that covered the lower part of his face.

The investigation into this incident continues, and detectives request anyone with information to call Crime Stoppers at 1-800-244-TIPS.