Probable cases of monkeypox has risen to 10 in NYC, along with 1st in New York outside city 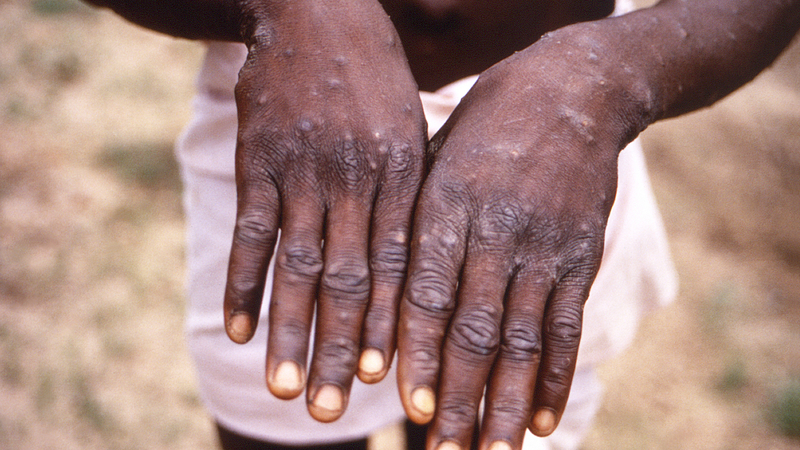 10 probable cases of monkeypox in NYC, 1 announced outside city

NEW YORK CITY (WABC) -- The number of probable monkeypox cases has risen to 10 in New York City, while state health officials have reported the first probable case outside the city.

The New York State Department of Health announced that an individual in Sullivan County tested positive for orthopoxvirus, and contact tracing efforts are underway.

The New York City Department of Health and Mental Hygiene investigated its first possible case of monkeypox in the area late last month.

"As the risk for monkeypox remains low, we urge New Yorkers to be alert and seek care if you have symptoms consistent with monkeypox, as we continue to learn more about this virus," State Health Commissioner Dr. Mary Bassett said. "Healthcare providers throughout the state have been notified, our Wadsworth Center public health lab will continue to test for orthopoxvirus, and we will work with local health departments and public health experts to protect New Yorkers."

RELATED | What is monkeypox? What to know about virus, symptoms, spread
EMBED More News Videos

The U.S. confirmed its first case of monkeypox. Here's what you need to know about the rare virus and its symptoms.

Each of these cases have been confirmed through testing for orthopoxvirus. From a public health perspective, it's important to treat these as probable monkeypox cases because:
--The monkeypox virus belongs to the orthopoxvirus family
--The rarity of orthopoxvirus, generally
--The presentation of symptoms, in confirmed orthopoxvirus cases, being consistent with monkeypox.

The State Department of Health has notified New York health care providers so they have information regarding reporting and case testing -- which can be performed at the State Health Department's Wadsworth laboratory -- should any of their patients present with symptoms consistent with monkeypox.

Monkeypox is a rare viral illness that does not usually cause serious illness, but may result in hospitalization or death. Monkeypox cases in this outbreak have involved a rash (often in the genital and peri-anal regions), and may also include other symptoms such as fever, swollen lymph nodes, and pain when swallowing, before or after the rash appearance. Most infections last two to four weeks.

It is harder to contract than COVID, as it requires close contact or the sharing of bodily fluid.

Worldwide, it is deadly in between 3% to 6% of cases, though the death rate is less than 1% in areas with quality healthcare.

Those who experience symptoms consistent with monkeypox, such as characteristic rashes or lesions, should contact their health care provider for a risk assessment.

This includes anyone who traveled to countries where monkeypox cases have been reported or has had contact with a someone who has a similar rash or received a diagnosis of suspected or confirmed monkeypox.

This is the largest outbreak outside of Africa, and if follows a confirmed case in Massachusetts.

A Massachusetts resident has tested positive for monkeypox, making it the first case of the rare virus detected in the United States this year.

The virus is endemic in Central and West Africa and is rarely seen outside of the continent.

Usually, the cases are related to travel, but many of the recent cases in Europe in North America are in people without recent travel, meaning the virus is spreading locally.