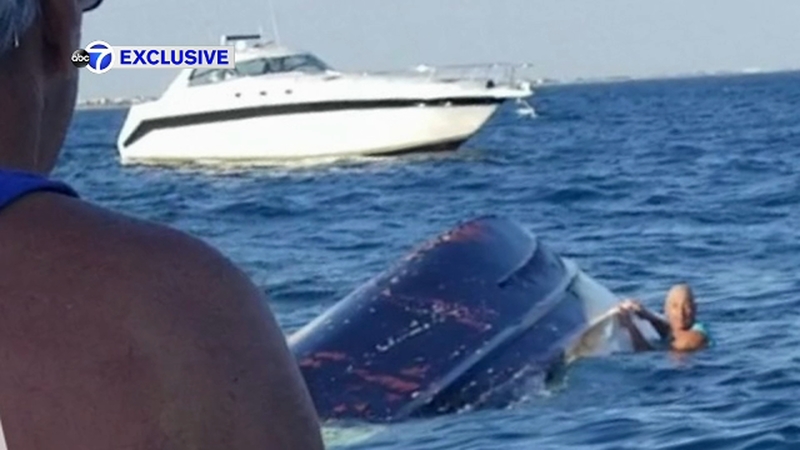 MORICHES, Suffolk County -- A woman was killed and her husband injured in a boat collision off Long Island Sunday evening.

It happened around 6:30 p.m. east of Moriches Inlet in Moriches.

Authorities say a 50-foot boat with three people aboard hit a smaller 22-foot motorboat that was carrying a married couple.

The husband, Jack Chin, jumped from the boat, while his wife, 56-year-old Mi Hua Hsu, of Shirley, was thrown into the water.

The Coast Guard pulled her from the water, but she did not survive.

Chin, 50, was rescued by nearby boaters and was taken to Long Island Community Hospital in East Patchogue for treatment of minor injuries.

Their neighbor saw them right before they left for the boat.

"I just saw him and her leave in the afternoon," Debbie Paulus said. "I'm shocked. I can't even believe it. It's very sad."

The couple was drifting when their vessel was struck by the Sea Ray cabin cruiser, operated by 65-year-old Robert Burkhardt, of East Moriches.

The conditions were said to be clear, with the crash happening about two hours before sunset. Alcohol is also not believed to be a factor.