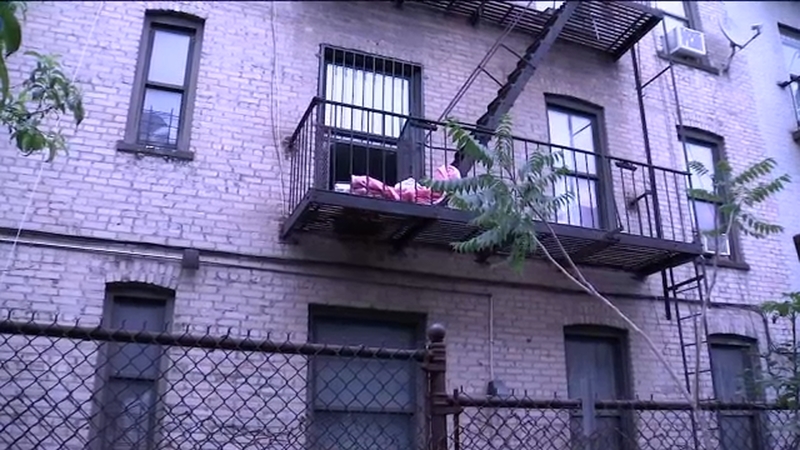 EAST FLATBUSH, Brooklyn (WABC) -- A 24-year-old mother is being charged with attempted murder after police say she hrew her two young children out of a second-story window before jumping out the window herself.

Police say Dejhanay Jarrell was naked when she pushed an air conditioner out of the window of her apartment at around 11 a.m. Saturday at a building on Rockaway Parkway in the Brownsville section of Brooklyn.

She then proceeded to throw her two children, a one-month-old and a two-year-old, out of the window and then herself.

Police say the one-month-old baby girl landed face down and is in critical condition at the hospital.

Jarrell and two-year-old were not critically injured. All three are at Brookdale Hospital

Neighbors who live opposite of the building heard the commotion and saw the children on the ground.

"The 2-year-old, he looked fine. He wasn't crying, he wasn't moaning in pain, but the infant looked like she was going in and out of consciousness because her eyes were- she was trying to open her eyes and they were closing. Like half of her face was bruised," eyewitness Carl Chin said.

A neighbor who lives next door to the woman's apartment said she lived alone, but she had not been living in the apartment for very long and that he didn't know she had children.