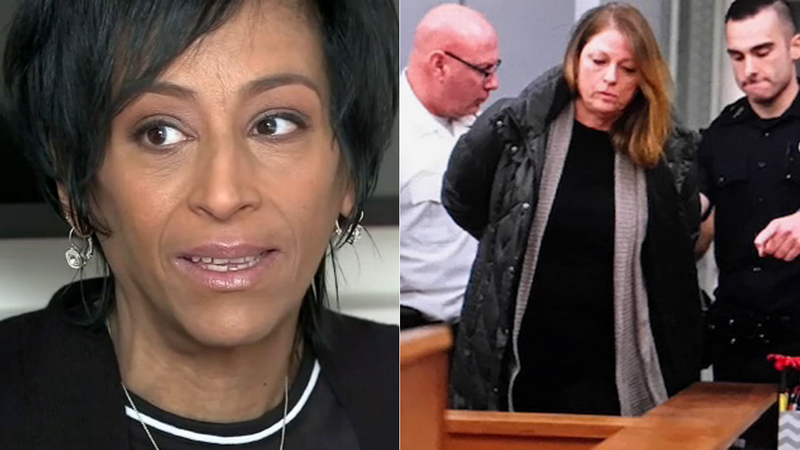 BRENTWOOD, Long Island (WABC) -- The woman who ran over and killed an anti-gang activist whose daughter was murdered by MS-13 was found guilty of all charges Wednesday.

AnnMarie Drago was convicted of criminally negligent homicide, petit larceny, and criminal mischief in the September 2018 death of Evelyn Rodriguez, who was struck and killed while setting up a memorial in Brentwood to mark the second anniversary of her 16-year-old daughter's murder.

The deaths of Kayla Cuevas and her 15-year-old friend Nisa Mickens sparked Rodriguez into becoming a leading voice against street gangs, and President Donald Trump recognized her during the State of the Union address in 2018.

The victim's other daughter, Kelsey Cuevas, issued the following statement after the verdict:

"I am deeply sad that I could not personally be there, but I am currently have contractions and going into labor. But I would like to share a statement regarding the verdict of my mothers death. I would like to thank, Honorable, Judge Camacho, the District Attorney's office, prosecuting team, Mark Lindnmen, Maggie Bopp and DA Tim Sini for his never ending support and everyday fight for justice for my mother and my sincere gratitude to the jury. My mother deserved this justice. This moment of victory reveals the hard work of the prosecuting team and so many others that supported justice for my mother. Ann mary Drago(sic) did not just take away a community warrior, a strong fearless gang activist, but my precious mother, my best friend, my confidant, and the best grandmother ever. She was my only rock that gave me the strength I so need today. Ann Mary Drago(sic)'s actions were intentional and deliberate, it was clear as daylight shown in the video how she disregarded my mother standing in front of her car, accelerated and ran her over like an animal. HER ACTION makes me question should she even be aloud(sic) to ever drive again. Should the state take action and revoke her license, as she claimed to have PTSD, she is and should be considered a danger to society.
Sadly this victory wont bring my mother back to me or my little sister, but I'm content to see the justice my mother well deserved. Thank you all again."

Prosecutors alleged that Drago stole some items in the memorial and then intentionally destroyed another part of it. She was reportedly trying to sell her mother's home, which is located near the memorial.

Drago faces up to four years in prison.