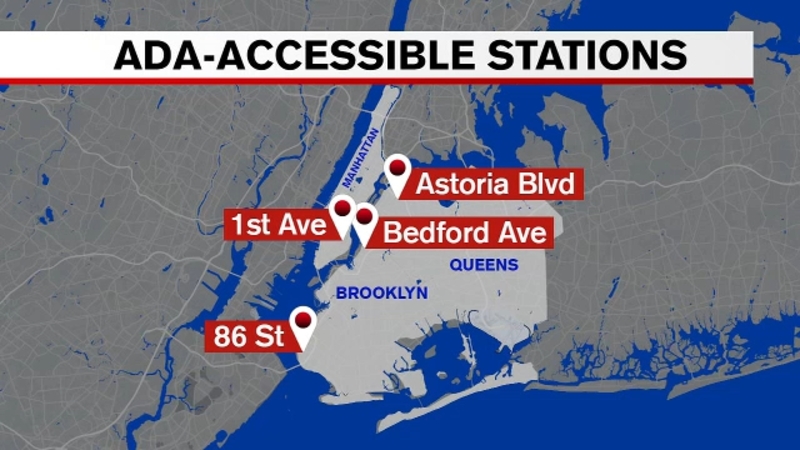 NEW YORK (WABC) -- The MTA is marking the 30th anniversary of the passage of the Americans with Disabilities Act by announcing that four stations will be ADA accessible by early August.

"Today is both an opportunity to celebrate progress and renew our promise to the absolutely vital work of making our subway system more accessible for everyone who uses it," said Sarah Feinberg, Interim President, NYC Transit. "And make no mistake, the ultimate long term vision here is to make sure everyone can use it."

The upgrades include elevators and elevated walkways. Those improvements are already increasing access to the Astoria Boulevard station.

The 86th Street station in Brooklyn is set to become ADA accessible this week.

Just last week, the MTA said it was looking at a budget deficit of $16.2 billion by 2024 and announced massive cuts.

The agency lost revenue as subway ridership dropped more than 90% and costs went up as it disinfected the system nightly. At last check subway service was up 75% from its low with more people returning to work in the city as it reopens.