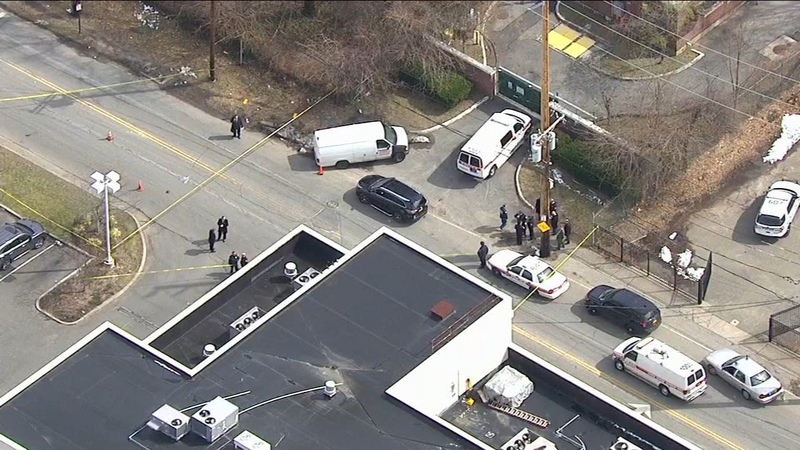 Police Commissioner Patrick Ryder said the suspect was stopped at a stop sign at Maple Street and East Shore Road in Great Neck when the drivers of two vans behind him began honking their horns for him to move. Instead, police say he got out of his Volkwagen with the bat and smashed the windows of the first van behind him.

The driver exited the vehicle and was hit in the head with the bat, police said. Seconds later, the suspect reportedly walked toward the second van and smashed those windows. The driver of the second van didn't get out and was not hurt.

Police say a Nassau County officer is on routine patrol and saw what was happening and approached the suspect, who allegedly went after him with the bat. Authorities say the officer attempted to Tase the suspect, but was unsuccessful.

He repeatedly told the suspect to drop the bat, authorities said, but the man refused to comply. A good Samaritan who tried to intervene was also hit with the bat, and that's when the officer fired two shots.

The man was struck in the chest and pronounced dead at the hospital.

The officer was taken to hospital for trauma but was otherwise uninjured. The driver of the van and the good Samaritan were hospitalized for their injuries.

The suspect's name not being released at this time, but authorities believe he is the suspect in a fatal hit and run in Brooklyn earlier Monday morning.

He allegedly struck a 50-year-old man at the intersection of Grand Street and Metropolitan Avenue in the East Williamsburg section just after 4 a.m., then went on a carjacking/robbery spree before ending up at the intersection where he would be fatally shot.