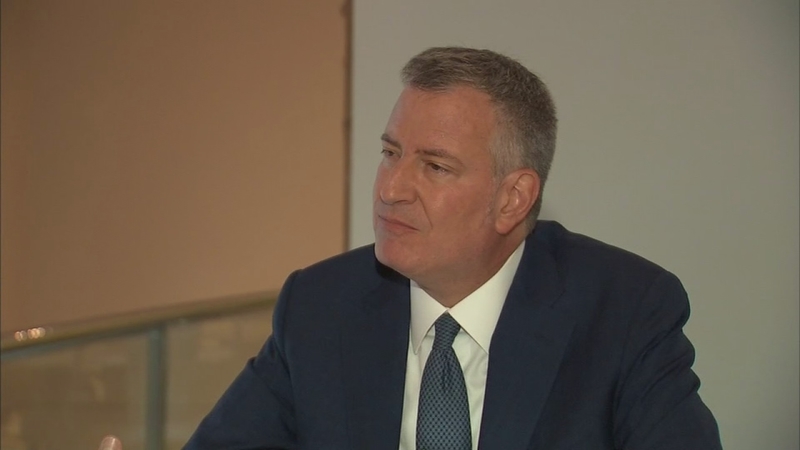 NEW YORK (WABC) -- The City Council Committee on General Welfare held an oversight hearing on the Administration of Child Services Wednesday, following state and city reports on the case of a Harlem boy who was beaten to death.

Other than a brief statement by the mayor, the city responded for the first time Wednesday in public, explaining the layers of failure and reforms stemming from this tragedy.

After the boy's death, the mayor ordered ACS to investigate. The final report was issued Tuesday.

"We all bear responsibility as a city for his death," said City Council Member Stephen Levin.

While the boy's mother and boyfriend were charged in connection with his death, the report points out layers of failures through different levels of ACS personnel who came in contact with the boy's case.

"This report includes findings which reveal numerous and significant failures to thoroughly investigate Zymere's safety and welfare, both by ACS staff and St. Luke's, one of their provider agencies," said Palacio.

This has led to the firing of three workers. The city's report was released a day after ACS Commissioner Gladys Carrion resigned her position.

In a statement, the mayor said: "As we transition the agency to new leadership, we will continue to embrace bold reforms capable of meeting our mandate: the protection of every child who needs our care. I will accept nothing less."

"ACS needs to elevate concerns around physical abuse and that is something that should come to the attention of leadership," said Deputy Commissioner Jill Krause.

A similar report was issued by the State Office of Children and Family Services, mandating that ACS appoint an independent monitor. The city has agreed.

"Both the city and the state reports are extensive and merit a thorough review," said Levin.

"We have taken steps to insure that we do reforms that shrink the opportunities for human error to result in tragedy," said Palacio.